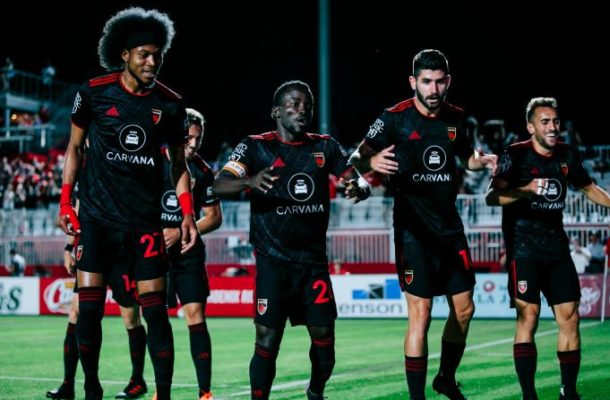 Ghana forward Solomon Asante scored two goals for his USL side Phoenix Rising as they beat Oakland Roots FC in their match.

The star of the game was Asante, who in back to back seasons has won USL MVP, as his two goals were the difference in the game.

His first goal came in the 10th minute when a turnover in the final third of pitch gave Dadashov a clear shot on goal that was saved, but Asante was there to finish the rebound.

Asante added to his tally in the 69th minute where Roots goalkeeper Zeus De La Paz tried a short pass to his defender but was cut off by Asante who slotted in the easy one on one chance.

It was not the first goal of the second half as Rising doubled their lead after a beautiful long ball from the defensive half by James Musa got to Moar who beat two defenders to it and finished it between the keeper's feet in the 48th minute. VIDEOS BELOW: