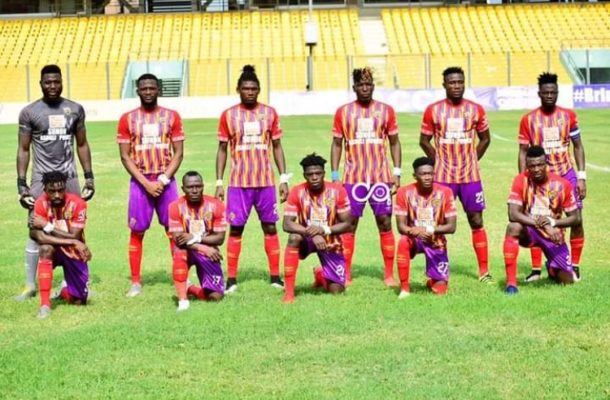 Resurgent Accra Hearts of Oak made light work of Liberty Professionals in their MTN Round of 64 clash on Wednesday afternoon as the phobians strolled to a 3-0 win.

Two goals from Daniel Afriyie Barnieh and a goal from Kwadwo Obeng Junior but what has got football fans talking is the way and manner the phobians scored their third goal.

It involved 12 passes with almost every player on the pitch touching the ball before the ball was tucked home by Daniel Afriyie Barnie.

Coach Samuel Boadu has always insisted that his game plan relies on possession but it was difficult noticing it since his brief time with the club but the third goal gives credence to the fact that the former Medeama gaffer is putting his stamp on the team.

Daniel Afriyie Barnieh netted his second three minutes after recess to wrap up a convincing 3-0 win for the home team with a delightful team goal.