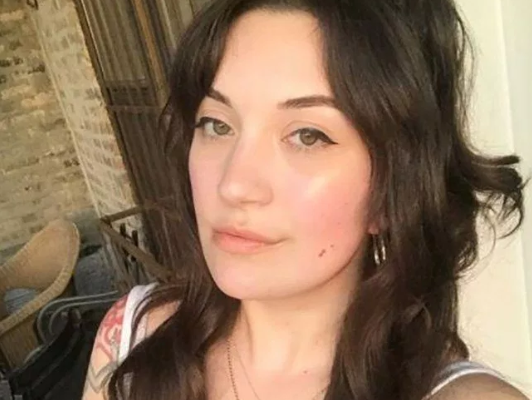 Genevieve Pascolla, 26, who was travelling from London’s Heathrow to Chicago, took to Instagram to share a video of the incident and the response she got from United Airlines after sending them a formal complaint.

"They then started making jokes about the situation asking 'what perfume are you wearing' and excusing him saying 'he’s had a bit of wine' no one stopped him."

She continued: "He was allowed to finish, with a child sitting closely by. After exiting the plane first to talk to security the security guard asked me if I’d like an apology from the offender I immediately rejected the request."

Genevieve, who works as a photographer, said the incident happened when she was travelling home to Chicago on 4 June.

In an email to Genevieve, United Airlines’ Customer Care Officer Lauren Michaels said: "Your observation are important as they help us improve areas needing our attention.

"Unfortunately, we are unable to honour your request for a refund of your travel from London to Chicago or offer goodwill compensation.

"Again, I apologize for the uncomfortable situation you experienced. I appreciate that you chose United for your travel. We hope your next trip with us will be a more positive experience."

In reply to the mail from United Airlines, Genevieve said: "It took United Airlines a month an a half to respond to my complaint. And I received this email today. I am appalled at the lack of action taken in this situation in which as a woman, I was terrified.

"This man is clearly capable of much more. So women and men out there pick an airline that cares about your safety."

She concluded: "United Airlines referring to being assaulted on one of your flight as an 'uncomfortable experience' is a bit of an understatement. (See email) your lack of action is disgusting."

In a statement to BuzzFeed News, United Airlines spokeswoman Maddie King called the incident "inappropriate and offensive" but said that incidents like these are "extremely rare".

She said: "That’s why, in this case, our customers were promptly moved to different seats in a different section of the plane and law enforcement officials were summoned in advance to meet the perpetrator when the plane pulled into the gate."

Watch the offensive video below.