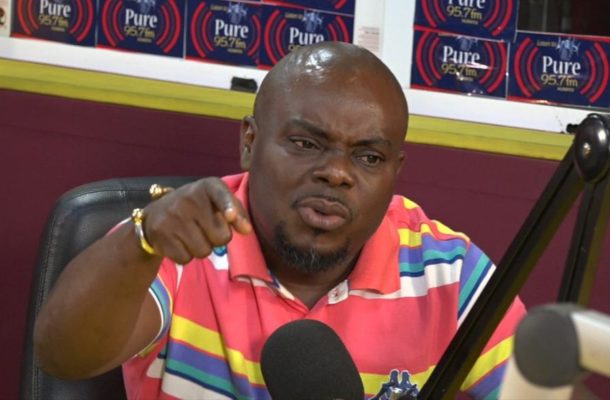 Former National Democratic Congress’ (NDC) Parliamentary Candidate for the Suame Constituency, Mr. Francis Dodovi has told Dr. Benjamin Kunbuor, a cadre of the party to exhaust the party’s structures in demanding accountability rather than making ‘chanting calls’ on radio.

Appearing on Kumasi-based Pure Fm’s ‘Pure Morning Drive’ with Kwame Adinkrah monitored by MyNewsGh, the vociferous communication member of the NDC state that there’s no better person in the party to capture power for them than ex-Prez. Mahama and if he had powers within his might, he together with the grassroots people would have made him (John Mahama) the flagbearer for life of the party.

President Mahama will be made flagbearer of the party for life if we had the power to do so. Nobody in the party can win power for us apart from him.

This time around, it is us the grassroots who are bringing him and anybody who tries to contest him will be only wasting his money and resources. He is our best bet Kwame.”

The member of the NDC’s Council of Elders, Dr. Benjamin Kunbuor believes the NDC’s foot soldiers are yet to be convinced that the party won the 2020 presidential election especially when its own collated results still remain a mystery.

He fears that the NDC may run into credibility challenges if the leadership fails to come out with its collated results to convince the electorates.

“For the ordinary party members that you told that we have won the elections through the figures and collation that the party has done, why is it that those figures did not find their way into the court?

There is only one way to answer this question. Come out and put it in the public domain; this is what we collated. This was what was the outcome. This is the margin by which we won. That has not been fought coming” He stated.