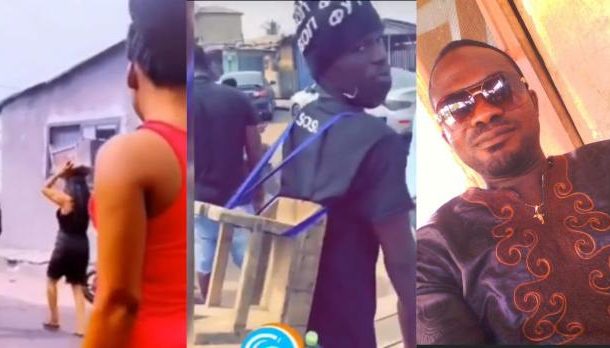 Scores of youth stormed the final funeral rites of headmaster at the center of the infamous kitchen school sex scandal, Mr Robert Seppey with kitchen stools.

The former Headmaster of Adumanu D/A Basic School in the Asikuma Odoben Brakwa District of the Central Region, died on the 7th December,2020 after a short illness.

The late Robert Seppey  rose to prominence after a sex-tape involving himself and a former student who at the time was in SHS leaked engaging in a hot sexual bout.

As if that was not enough the pair's sexual escapades which was leaked unveiled a new sex position now know and called the kitchen stool position.

They caused the astronomical hike in prices of kitchen stools in the country as there was a mad rush for them.

The late Mr Robert Seppey known for his sexual prowess will be buried at Ada Wakumagbe in the Eastern Region on Saturday 30th January,2021.