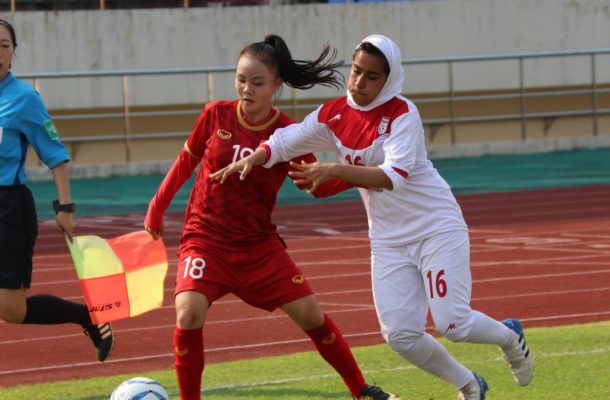 Vientiane: Vietnam and Islamic Republic of Iran settled for a point each following their 0-0 draw in a 2019 AFC U-16 Women’s Championship Qualifier Round 2 Group A tie at the National Stadium in Vientiane, Laos on Thursday.


Vietnam suffered a 1-0 defeat against Australia on Tuesday and needed a win against IR Iran to gurantee a spot in the Finals.

The Southeast Asians sit second in the standings behind already qualified Australia, while Laos lie third and can reach the tournament proper if they beat the young Matildas in the day's second match.

IR Iran were looking to register their first win in the qualifiers after suffering defeats against Australia (3-0) and Laos (2-0). However, the Iranians were unable to find a way past the Vietnam defence as the score remained goalless at half-time.

Both teams were evenly matched in the second half and could not break the deadlock despite bringing in fresh legs towards the final third of the game as IR Iran ended their qualifying campaign with a point.