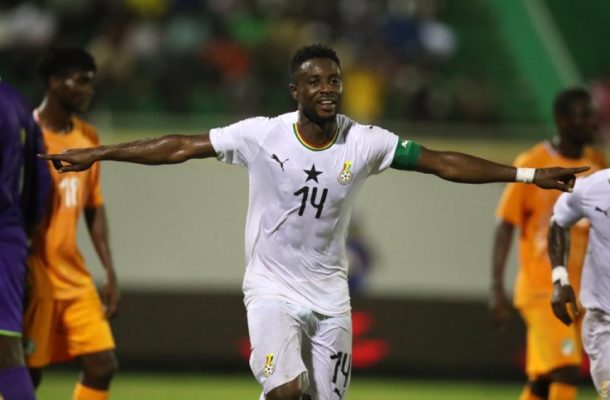 Skipper Shafiu Mumuni scored all three goals to hand defending champions Ghana a 3-1 victory over Cote d'voire in the semi final of the WAFU Cup on Tuesday.

The result send the Black Stars B through to the final of the Competition which is ongoing in Senegal.

Ghana needed an element of luck to open the scoring just over the half hour mark when forward Shafiu Mumuni found himself on the way of cleared which bounced off his foot into the Ivorian net.

The Ashanti Gold SC skipper added a second goal moments after recess with a neat finish after a great work on the flanks by Asante Kotoko's Auguatine Okrah.

Shafiu completed his hat trick in the 49th minute with another tidy finish, becoming the first player to achieve this feat the WAFU Cup competition's history.

The Ivorians rallied back late in the game to pull a goal back through Doumbia who beat goalkeeper Eric Ofori Antwi with a direct free-kick.

The Black Stars held on despite a good spell of Ivorian pressure late in the game to book a place the final of the 2019 WAFU championship.

Maxwell Konadu's charges now await the winner of the second semi final game between Mali and Host nation Senegal for a final show down this weekend.

Ghana went into the Competition as defending champions having won the 2017 edition on home soil.