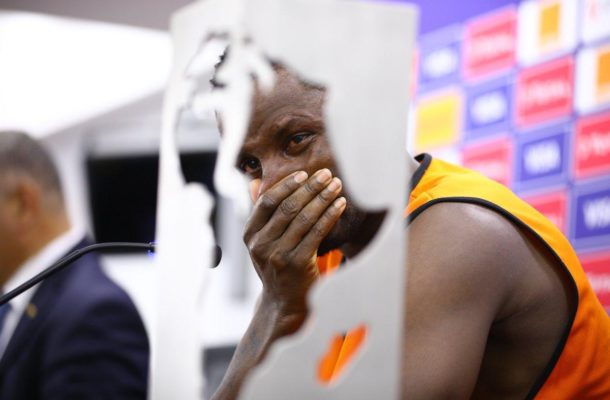 Mubarak Wakaso broke down in tears during an interview after Black Stars elimination from the 2019 Africa Cup of Nations.

The Carthage Eagles beat Ghana 5-4 on penalties to set up a quarter-final clash with Madagascar on Thursday.

Wakaso who was named the Man of the Match could not hold back his emotions after receiving the award.

"I can’t even describe how we are feeling but the only thing I have is I need to thank my colleagues the whole time for their support," a sobbing Wakaso said at the presser after receiving his award.

"It’s part of the game. I think we need to think about our future - that’s the only thing we can do.

"My reason [for being so emotional and weeping in the press conference] was that I thought this tournament was for us due to the hard work we’ve been putting in in every match.

"That is the reason why I’m like this right now but still have a future so we need to think ahead."