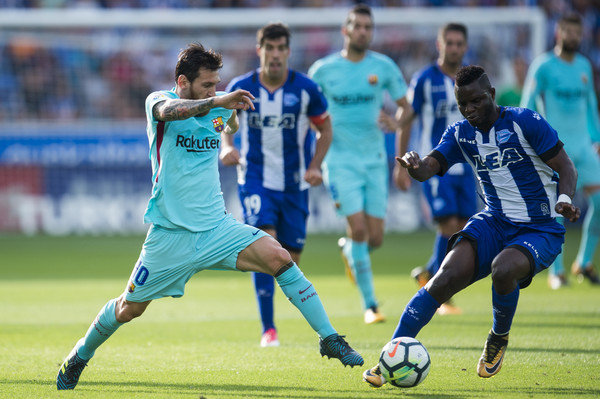 Mubarak Wakaso is set to start for Deportivo Alaves as they face Champions Barcelona in the opening day of the Spaninsh La Liga on Saturday.

The Ghanaian international is expected to be handed the nod in midfield alongside Manu Garcia, Dani Torres and Tomás Pina.

The tough tackling midfielder, who joined the team at the beginning of last season was instrumental as Alaves finished 14th.

Wakaso will be expected to use his experience to help the club survive the herculean task of stopping the star-studded cast led by Lionel Messi at the Camp Nou tonight.

Fellow Ghanaian and new summer signing Patrick Twumasi could also be handed his debut after been named in Deportivo Alaves 18-man squad for the match.

Following the start against the Cules, Alaves will go against Real Betis, Espanyol, Real Valladolid, and Rayo Vallecano in their first games of the new season.