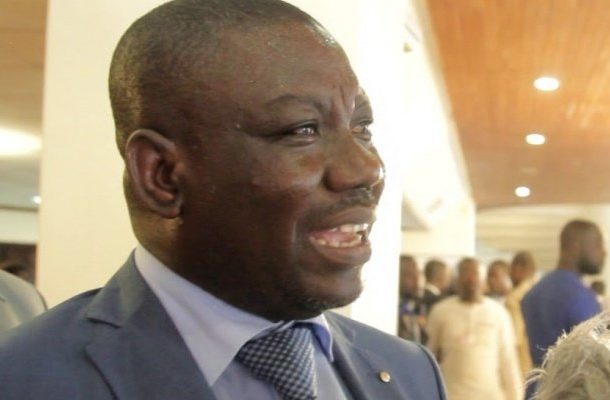 Bolgatanga Central MP Isaac Adongo has described the recent military influx of the Ketu South municipality and the subsequent justification of it by people within the governing New Patriotic Party, as the “evil” and “divisive” works of President Nana Akufo-Addo and the ‘Akyem Mafia’.

In a statement, the opposition lawmaker said: “The war on Voltarians for political power is purely the evil and divisive work of the sleeping and nonperforming Nana Addo and the Akyem Mafia”.

“This has nothing to do with Ashantis who have been peace-loving and accommodating of Ewes and all tribes for decades”, he said, adding: “President Kufuor, who is an Ashanti, epitomises the tranquility between Ashantis and Ewes, as his rein never saw military suppression and oppression of Voltarians”.

Adansi Asokwa MP, K.T. Hammond, recently explained that the presence of the military is to prevent neighbouring Togolese from crossing over into Ghana to take part in the Electoral Commission’s upcoming voter registration exercise.

Mr Adongo, however, said: “Let us not encourage this barbaric ethnic bigotry and an attempt to malign and incite tribal sentiments”.

Also, condemning the army influx is law lecturer Prof Kwaku Asare, who described Mr Hammond’s comments as “frightening and deeply disturning” in a Facebook post as captured below:

We are being told by K. T. Hammond that “the military is at the Aflao border to make sure you vote if you are a Ghanaian and if you have the constitutional right to vote. That’s all there is. They are not electoral officers but they are peacekeeping forces. They are keeping the peace.”

Citizenship is a question of law. Neither K.T. Hammond, the military nor anyone can decide who is or who is not a citizen of Ghana.

I have cited the case of Bonito Olympio whose father was Sylvanus Olympio, a former President of Togo.

The NLC attempted to deport him to Togo only for the then Justice Wiredu to hold that both Bonito and Sylvanus are Ghanaians by descent.

I find his statement and attitude frightening and deeply disturbing. I reject it in its entirety.

I also call on the military brass not to allow its men and women to be used as citizenship inspectors!!

We are a peaceful nation because we live in peace. We must keep it that way.