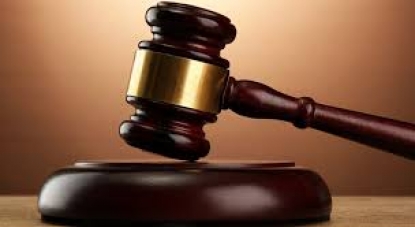 The GFA Disciplinary Committee has awarded Star Madrid three points and three goals in respect of their Division One League match against Wassman played at the Okese Park.

The match which was played on February 7 ended abruptly after supporters  and Club Officials of Wassaman FC allegedly invaded the pitch and attacked the match officials in the 93rd  minute when a goal was ruled out because the Assistant Referee 1 had flagged for a goal kick.

In its decision on Star Madrid's protest, the Disciplinary Committee found that supporters and officials of  Wassaman FC were the initiators of the acts which led to the abrupt end of the match.

In effect, Wassaman FC being the defaulting Club shall lose three (3) points from the club’s accumulated points from their previous matches pursuant to Article 33(5)(a) of the Division One League Regulations and pay a total fine of Ghc3000.

Wassaman has additionally been found to have breached Article 16(1)(e), Article 16(2)(a),  Article 16(1)(c) of the GFA Disciplinary Code, 2019 and Article 34(4) of the GFA Division One League Regulations,2019 after fans of the Club physically and verbally assaulted the Match officials in the inner perimeter in the match against Star Madrid at the Okese park.

In a seperate ruling on the misconduct case, the Disciplinary Committee fined Wassaman FC GHc1000 and banned the Club from playing  six home matches of the club (beginning from Matchday 8) at the Okese Park in Ejisu where the incident happened until Matchday 17.

However, having played all the home matches away from the Okese Park since Matchday 8 to Matchday 17, Wassaman FC is deemed to have served its home ban.

Below are the decisions on the misconduct case and the protest case: