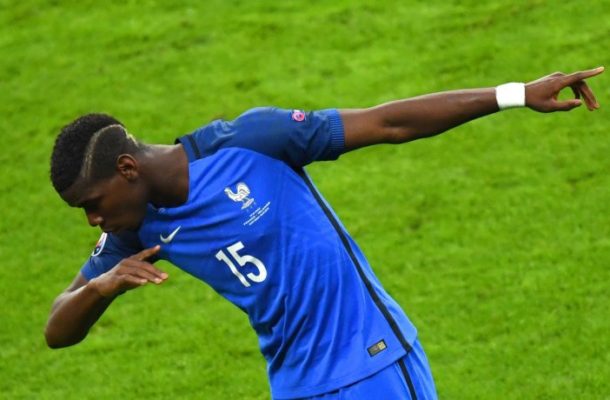 Manchester United’s Paul Pogba can be seen dabbing in a new FIFA 17 video.

The midfielder is a well known fan of the move, which he has used for France and Juventus in the past.

FIFA 17 is set for an initial North American release on 27 September with the rest of the world able to purchase the game two days later.
The demo version of the game is already available for download, and Man United are one of the playable teams.

With Pogba rated at 88 on the game, we reckon the dab will become a favourite celebration for players of Man United.

Unfortunately for the world’s most expensive player, things aren’t so rosy in real life as they are in virtual reality.

Pogba’s side suffered their third successive defeat on Sunday, losing 3-1 to Swansea.

Playing in midfield, Pogba was one of Mourinho’s poorer performers.

Despite hitting the crossbar, Pogba also had a number of wild shots that were off target.

To make matters worse, Pogba and Man United were trolled by Watford captain Troy Deeney at the end of the match, when he dabbed with teammate Juan Zuniga.