Watch the Video that has landed a Nigerian Actress in trouble 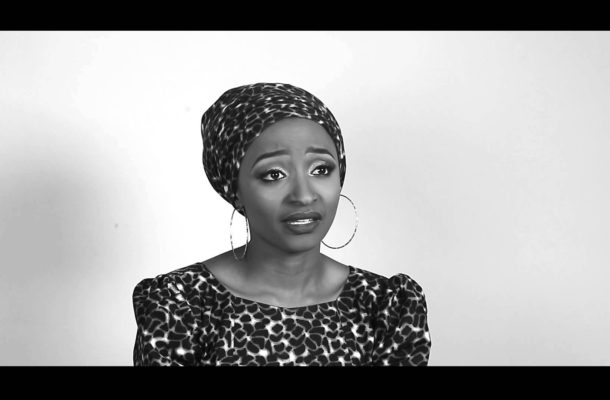 Kannywood star Rahma Sadau is in the wrong books of her empoyers for “hugging and cuddling” pop star Classiq in a video, which is considered a taboo in Islam.

The the Hausa-language film industry has banned  Rahma, who is considered  most valuable female face for Kannywood and also one of the fastest growing faces in the Nigerian Film Industry, for going adamant after series of warning from her employers.

The Kannywood star appeared in the video with Classiq, in a song entitled I Love You.

In it, the Nigerian pop star is smitten with a vegetable seller in a market, acted by Ms Sadau.

Initially, she rejects his advances, batting him away with a bunch of vegetables, but he eventually wins her over.

They hold hands and engage in a bit of cuddling that would be considered demure in a Western film.

In a statement, Moppan said it hoped Ms Sadau's expulsion would serve as a deterrent for other actors.

Its code of conduct requires actors to avoid doing anything which violates Islamic and Hausa culture. Ms Sadau however has since apologized for her "immoral" behavior but insisted that her actions were "innocuous". Watch the video below