Watch video: How the new iPhone 7 plus deals with being dropped 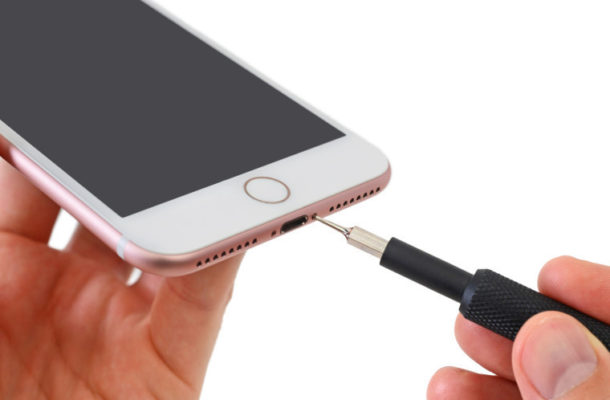 Apple's new iPhone 7 and iPhone 7 Plus officially go on sale today - although if you didn't pre-order, your options will be limited if you're planning to buy one anytime soon.

As ever, the launch of Apple's latest devices is of great interest to many, including teardown specialists iFixit, who have no doubt been eagerly awaiting the handsets' arrival for some time with screwdrivers and tweezers at the ready.

Indeed, they've wasted no time in publishing details of their meticulous deconstruction of the iPhone 7 Plus, carefully removing each component of the device to see exactly what Apple has packed into its svelte body.

As you'd expect, the teardown gets up close and personal with everything inside the device, including how Apple has dealt with the removal of the 3.5mm headphone jack. Don't be fooled by the symmetrical grille design either side of the handset's Lightning port; only the holes to the right are served by the new iPhone's stereo speakers. 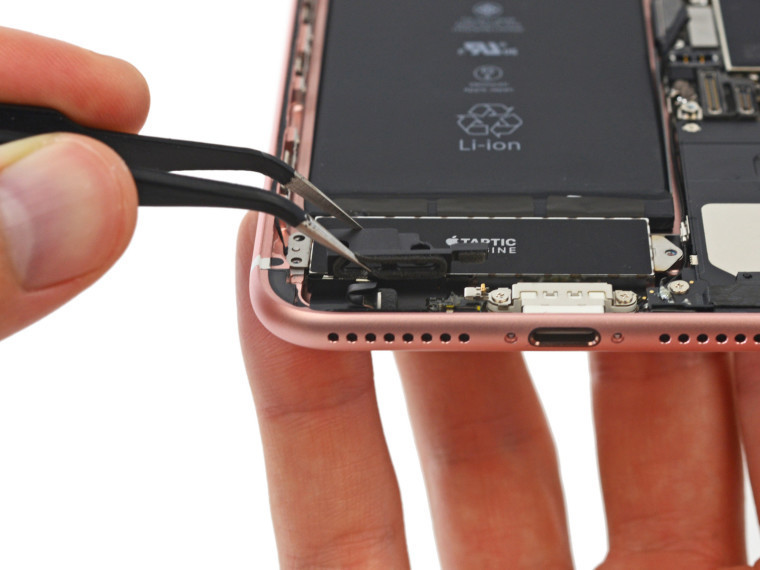 Some of the area to the left, where the dedicated audio connector used to be, is now taken up by Taptic Engine components, which provide haptic feedback to users as they interact with the new 'simulated' home button. However, despite Apple CEO Tim Cook claiming that the removal of the headphone jack provides "a lot of space" for "more important things we can provide for the consumer", iFixit points out that Apple has resorted to filling in some of that valuable space with "molded plastic".

iFixit also offers a good look at Apple's approach to sealing the device to provide IP67 dust- and water-resistance, along with a focus on its all-new dual-camera system, including an X-ray image.

But while it's certainly interesting to nose around the innards of the new iPhones, many potential buyers will no doubt be pondering more practical issues.

After all, Apple admitted that its new glossy Jet Black color option is more prone to scuffs and scratches than the other versions available, advising buyers of the Jet Black models to use a case with their handsets.

But how do the new iPhones cope with being dropped?

That's a question that TabTimes decided to answer in a tough drop test of the iPhone 7 and iPhone 7 Plus. They dropped the devices twelve times from two different heights onto a hard, unforgiving surface to see how well they were able to withstand the impacts.

The results, which you can see in the video below, may well surprise you...