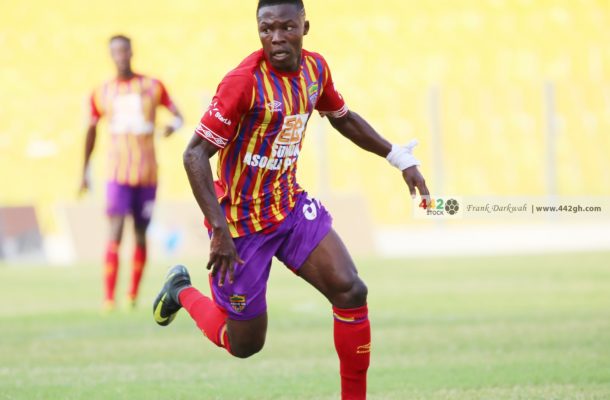 Hearts of Oak midfielder Salifu Ibrahim says his side is firmly in the mix for the Ghana Premier League title as he is not ruling out the possibility of winning the league title.

Hearts have not won the Ghana Premier League title since last winning it in 2009 but Ibrahim believes clinching the elusive diadem is possible and firmly in their sights.

The former Eleven Wonders midfielder joined the phobians in the second round of the season and has been an inspiration.

Speaking after clinching the man of the match award in the 2-0 win over King Faisal, the nimble footed player says that their target is to win the league title.

“Our target is to win the league and looking at the difference between the teams on top of us we can catch up. We just have to win some matches away from home.”

He says they were determined to win and game against King Faisal and also listened to the instructions of the coach.

“It was determination and confidence from the coach that is why we won the game today. There is a lot of discipline in the team and we also listen to instructions from the Coach. With the remaining matches ahead of us we can win if we continue to listen to our coach” he added.