We have received the money from Mathew Cudjoe - Victim's brother 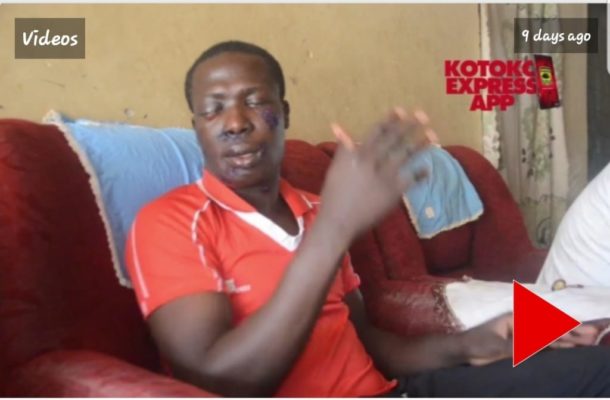 According to the victim's brother Appiah Listowel, the money was sent to his Mobile Money accounts long ago but he failed to notice.

"Mathew Anim Cudjoe send the money long time but I wasn’t aware of it so later on they prompt me this morning to check my mobile money account if 1000 Ghana is in."

"I can confirm to Asante Kotoko supporters and your listeners of Ashh FM that , Kotoko's Talisman Mathew Anim Cudjoe and his management send me mobile money. 'Yes it's true they have send the money."

Listowel used the opportunity to thank the management of the wonder kid.

"On behalf of my brother I will really thanks the management of Mathew Cudjoe's manager Sammy Anim Addo for a wonderful effort."

Augustine was shot in the eye by a police officer after Kotoko tasted a defeat in match week 3 against Berekum Chelsea at the Baba Yara Stadium in Kumasi.