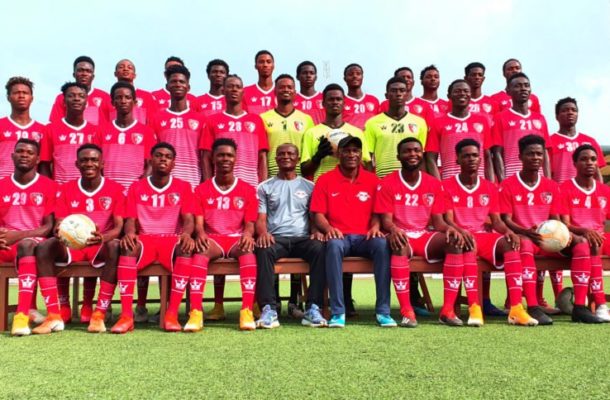 Operations Manager of West African Football Academy (WAFA), George Ofosuhene says his side are not afraid of Kumasi Asante Kotoko and they will win over the weekend to honour the late President Henry Wientjes.

WAFA this week announced the demise of their club President and owner Dutchman Henry Wientjes.

Speaking about his demise the club's management member George Ofosuhene revealed their late club owner was an avid lover of games between his side and Kotoko, Ashantigold and Hearts of Oak.

"We are not afraid of Kotoko. The demise of our president is motivating us to beat them in his honour. Henri Wientjes does not have time and so there are matches he sometimes comes down to watch," Ofosuhene told Bryt FM.

"Matches between Kotoko, Hearts of Oak, and Ashanti Gold are games he loves to watch during matchdays.

“In fact, when he is around, the motivation is high and that propels us to beat any team. He gives a lot of incentives when the team wins, so, in his absence we have decided to win the game to honour him”

“We will play them squarely to win this game. Matches between us and Kotoko are not difficult. If we need the three points, we don’t care about the team we are playing.”

WAFA will be seeking to return to winning ways after losing their last game by a solitary goal against Legon Cities as they lie fourth on the league log a point above Kotoko.