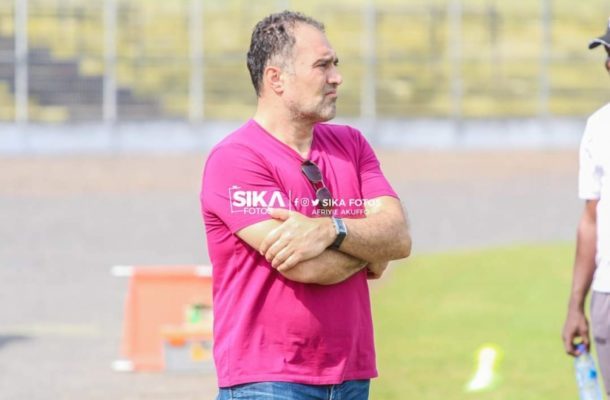 Coach of struggling Ghana Premier League side King Faisal, Kasim Gokyildiz has blamed his side's 1-1 drawn game on tiredness as nine of his player who are Muslims were fasting.

Zubairu Ibrahim who scored in their 1-0 win over Inter Allies on match day 21 gave them the lead as he rose high to head in Enoch Morrison's cross inside 13 minutes.

Karela United scored late to draw 1-1 with King Faisal on match day 22 of the Ghana Premier League at the Ohene Ameyaw Park at Techiman on Sunday.

Maxwell Boakye scored in injury time to dent King Faisal’s hopes of picking the three points after netting early in the first half.

The Turkish coach who arrived at the beginning of the second round has failed to produce the goods as he has won just a single match out of five matches since taking over.

“We couldn’t prevent the match we took [dominated] almost 75 minutes ahead of our opponent in the game…two minutes before the end of the match [King Faisal conceded to end the game in a 1-1 draw]. We paid the price of nine players fasting,” Gökyildiz wrote