‘We run the city’ – Twene Jonas reacts to deportation claims 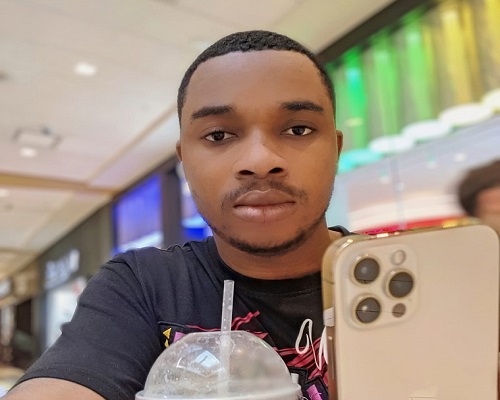 Twene Jonas, a United States-based Ghanaian social media commentator, has responded to claims he is wanted for deportation.

It will be recalled that New Patriotic Party's 2020 Parliamentary aspirant for the Kpone Kantamanso constituency, Hopeson Adorye has claimed that the social media sensation had gone into hiding in the US because he is under a search.

According to Mr. Adorye in a video sighted by Ghanaguardian.com, Twene Jonas entered the US with wrong documents hence the authorities over there have mounted a search for him to be brought back to Africa.

Hopeson Adorye also claimed that the loudmouth social activist who has succeeded in influencing and polluting the masses in Ghana has been sacked from his job and even rendered homeless.

Hopeson, who is currently in the US has since advised the Ghanaian youth to be smart and not be deceived by the supposed luxurious lifestyle Twene Jonas has long been claiming he is living in America.

"We went to Rockefeller to look for him [Twene Jonas], we were told that he has been fired. He lives in a wooden structure which is actually a part of a living room of a pastor and this guy goes about spewing nonsense...," Hopeson Adorye claimed.

However, reacting to the claims, Twene Jonas asserted that he's still living a good life in the United State and that he is running the city.

“We run the city”, he wrote at the tail-end of a Facebook post attributing his success to an iPhone handling.