We were robbed in Ghana - SAFA CEO cries 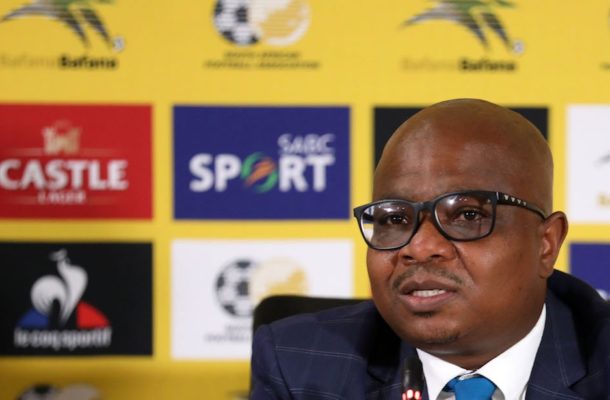 Chief Executive Officer of the South African Football Association (SAFA), Tebogo Motlanthe says that the Bafana Bafana were robbed in Ghana by the Senegalese referees  Ndiaye Maguette and his officials.

A 33rd minute penalty was converted by the Black Stars captain on his 100th cap after Leicester defender Daniel Amartey was adjudged to have been fouled in the box during a corner kick.

“For us, the match officials have decided the game, which isn’t what is supposed to happen. As the association we have decided we will be writing to both CAF and FIFA to investigate how the game was handled, and secondly to also challenge some of these decisions. We have already registered with the match commissioner that we will be writing a formal complaint,” Motlanthe confirmed to the media from Ghana.

“Of course, we are travelling today (Monday), but we have ticked all our boxes. The full complaint submitted will be supported by all the evidence, which was there, to say the game was either indeed manipulated or the referee has done something wrong. We are very disheartened by their action and we can’t leave it and let it destroy the players when we have the chance to challenge it. We feel very much robbed because it is not an isolated incident of a penalty – there are just a lot of questionable decisions by match officials.”

In September 2017, FIFA ordered Bafana to replay their World Cup qualifier against Senegal after referee Joseph Lamptey was banned for also awarding a dubious penalty.

Senegal beat South Africa and progressed to the tournament in Russia the following year.

“This is why we will get an expert, who will dissect what are the incidents so we can make a strong case. FIFA set a precedent by ordering us to replay Senegal. If justice needs to be served then the same decision will be taken for this Ghana game,” the SAFE CEO added.

"The players have represented the country with distinction, and the travelling was not the easiest. I am pleading with the nation to keep supporting the team as we challenge this decision.”