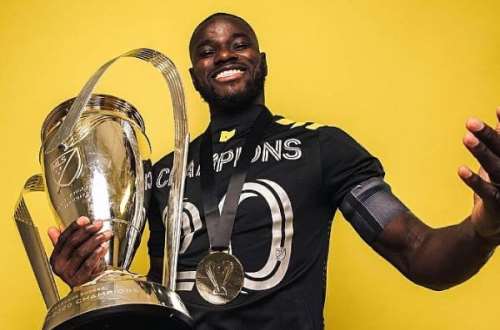 Ghanaian defender Jonathan Mensah enjoyed a stellar season last year as his side Columbus Crew finished the MLS season with a trophy.

The Columbus Crew captain has urged his teammates to be tougher and well prepared for the impending season as teams will now target them.

According Mensah, teams are now aware of how his side operate so will come at them strongly so must improve in all aspects if they want to sustain the successes chalked last season.

“I think teams will come at us really, really strong,” Mensah said ahead of the upcoming opener, Dispatch reported.

“We need to prepare for the best but expect the worst because teams will come at us really, really strong because people didn't really know what we could do.

"We need to be strong mentally, physically and tactically.”

Last season was certainly special for Mensah, considering the cup success came in his first year as captain of the club.

"When such an honour and responsibility arises, I think you don't need to hesitate. You just need to take the challenge and lead the team,” the 30-year-old continued.

“It was a responsibility that I needed a lot of support, and I actually got it from my teammates and my coaches and everyone around the team because I didn't do it alone.

“I don't know how I did that last year,” Mensah said. “It was one of the toughest years of my playing career, and I'll thank my wife also for holding it down back in Ghana because it wasn't easy."