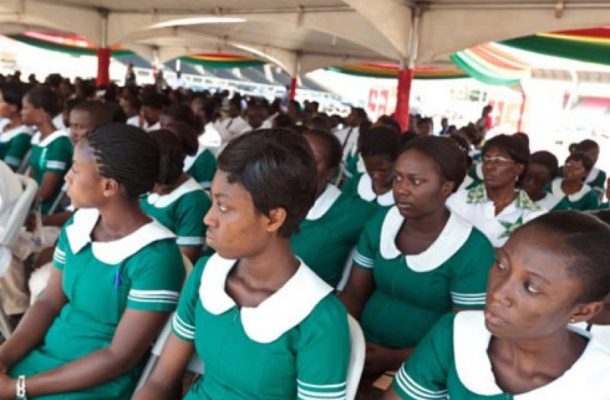 The Ministry of Health has contradicted claims by Vice President Dr. Mahamudu Bawumia that about one thousand nurses and other unemployed youth will be recruited next month, May 2018 under the yet to be launched Nation Builders Corps (NABCO).

The programme which is a major government policy to cut down on the surging unemployment in the country will be launched by President Akufo-Addo on May 1.

“We are beginning this and this year by the grace of God we will be recruiting 100,000 graduates. “This is a major initiative that will be launched on May 1st, and for those who have completed their national service recruitment will start on that day online,” Dr. Bawumia noted at the 22nd Congregation of the University of Education, Winneba over the weekend.

But speaking to Francis Abban on the Morning Starr Wednesday, the Public relations manager for the Health Ministry Robert Cudjoe said the recruitment under the program will not start in May.

“It’s the launch, not that they are going to start working on first May. It is going to be launched and all details will be unfolded as we move along that is why we don’t have to pre-empt. When there is a policy, the policy could be announced and the details cannot be put out before the implementation. It makes it look like the government does not think through before coming out with a policy.