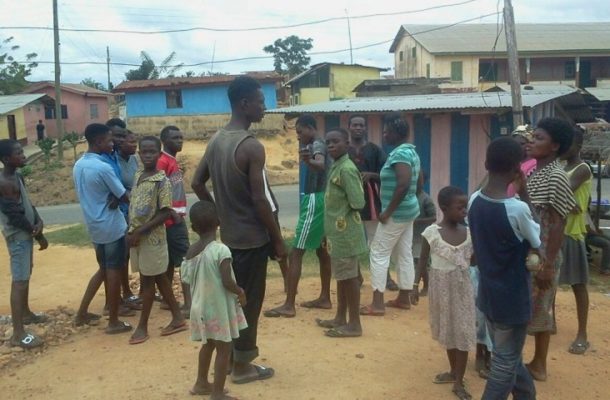 A suspected ‘wee’ smoker has plucked an eyeball of a 62-year-old man, Kwabena Ofori, at Kwabena Kumi, a community near Suhum in the Eastern region.The victim, who is said to be in dire condition, has been hospitalized at the Suhum Government Hospital after the incident happened on Friday.According to Faustina Agyei, a sister of the victim, they were asleep when they heard unusual noise in the house around 10pmShe said they stepped out only to find out that a man believed to be 25 years old was taking a bath on the compound. He then attacked the victim when he was approached, leading to the injuries.The Suhum police has arrested the suspect and an accomplice while investigations continue.Source: Ghana/Starrfmonline.com/103.5FM