We’ll be strategic in our next parliamentary primaries – NPP 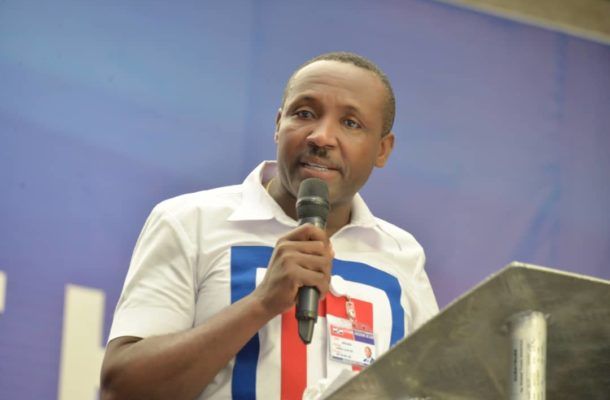 The governing New Patriotic Party (NPP) says it will be strategic in the election of its next batch of parliamentary candidates.

According to the party, its poor showing in last year’s parliamentary elections will be considered in electing new candidates.

Addressing party members in Wa in the Upper West Region, the General Secretary of the NPP, John Boadu, said the party will try to reduce the acrimony that usually characterizes its primaries in certain constituencies.

He added that at the right time all their strategies will come into play.

“The National Executives will take care of the parliamentary process, they will let us know whether we should do the orphan constituencies and the sitting Members of Parliament at the same time because of the nature of our parliament and that will also feed into what type of decision we should take.”

“We can decide that we want to maintain all of them too and that is a decision that will be taken into appropriate consideration especially with how difficult it is to get them to always be present in Parliament. But that decision will be made at the right time,” he stated.

He also stated they will consider holding their presidential primaries in January 2023 in accordance with the constitution, which mandates them to have decided on a candidate 11 months before the general election.

“Then it will leave us with the presidential primaries. Anytime we are in power, the constitution says that no later than 11 months to the general election we should have our presidential candidate elected. What it means is that technically, we can have the presidential elections around January 2023.”