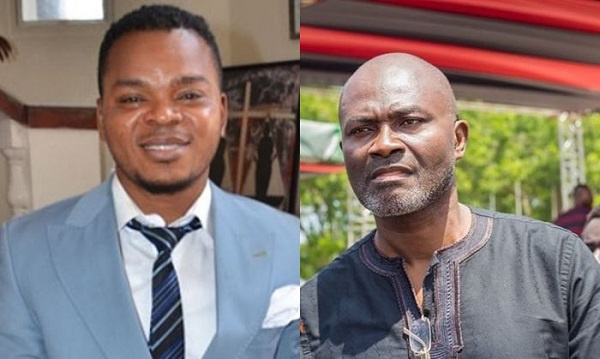 The move, is intended to reach a middle-ground with Ken Agyapong and bring lasting peace between Obinim and the outspoken politician, Rev. Adu Boahen, popularly known as Agya Adu said.

Speaking on Anopa Kasapa on Kasapa 102.5 FM, the Administrator of the church intimated that well-wishers have constantly asked them to meet with Ken Agyapong to end the feud with their spiritual leader.

“It’s not out of place at all,” he noted, saying “we’ll do that and ensure we settle this amicably. At least over the past days we’ve had a lot of people calling and asking us to find ways of settling this with Ken Agyapong and we’re seriously considering this”

Ken Agyapong has vowed to deal with all fake pastors who are taking advantage of vulnerable persons in society.

He’s as well seeking the Economic and Organised Crime Office (EOCO) to commence its investigations into the man of God’s activities.

It’s unclear whether the plan by the handlers of Obinim will change the course of weeks of conflict between the Man of God and the maverick politician.

Bishop Daniel Obinim has finally left Police custody three days after he was granted bail by the District Court.

His lawyer Ralph Poku-Adusei confirmed, on Friday that he was rushed to his private doctors after leaving the Police Hospital where he was receiving medical care while he was in Police custody.

Meanwhile, Bishop Obinim is said to be in good health and taking rest in a private place.