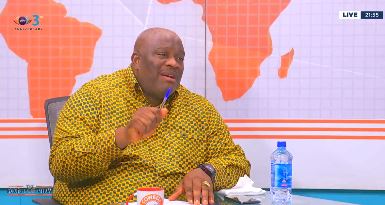 “I don’t know about other regions, but in Greater Accra, if you are confirmed as an MCE, I want to go and kneel down before Mr. President that six months into your administration and you are not performing, we will sack you.”

That was the Greater Accra Regional Minister, Mr Henry Quartey, addressing a meeting of assembly members and        Metropolitan, Municipal and District Chief Executives (MMDCEs) in Greater Accra on Monday, June 21, 2021.

According to  him, the performance of    MMDCEs in Accra would be assessed every six months after which the low-performing officials would be proposed for dismissal.

He insisted that the job of MMDCEs was not limited to the confines of their offices but on the ground, and that they must be ready to be on the field to work.

Mr. Quartey said he will plead with President Nana Addo Dankwa Akufo-Addo to sack any MMDCE who fails to perform creditably after the six months duration.

“As an MCE, we expect you to work hard", he said, adding that MMDCEs should desist from sitting in their offices and just organise capacity building exercises.

"Go to the field, that is where the work is. We will try and get an appraisal to the Local Government Minister, every six months, and if we think you are not doing well, we will sack you", he added.