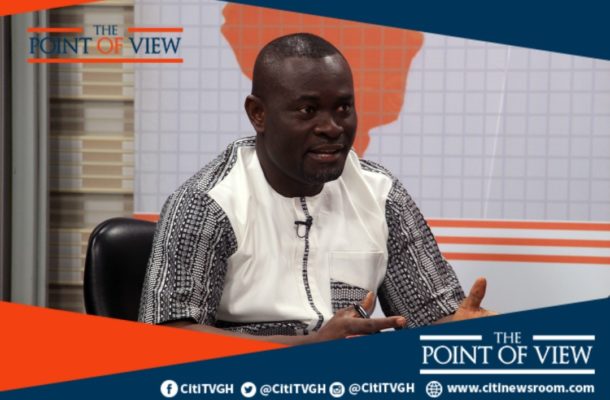 John Kumah, a Deputy Minister for Finance, says the Akufo-Addo administration is committed to reducing Ghana’s debt stock by 2024.

According to him, the Ranking Member on Parliament’s Finance Committee, Dr. Cassiel Ato Forson’s claim that the poor state of the economy, which he described as the worse in recent history, is due to mismanagement by the Akufo-Addo-Bawumia government is inaccurate.

Mr. Kumah stated that the Covid pandemic contributed massively to the increase in Ghana’s debt rate.

Speaking on Eyewitness News, Mr. Kumah stated that Akufo-Addo is committed to the Fiscal Responsibility Act which requires that the country’s fiscal deficit must not go beyond 5%.

“The government of His Excellency Nana Akufo-Addo is committed to the Fiscal Responsibility Act which says that we should not go beyond 5% of our fiscal deficit every fiscal year. So clearly, we are committed to that. The deficit of last year is targeted to come down to 9.5% in 2021, and I believe by 2024 we should be hitting the fiscal responsibility figure of 5% so it is still going to reduce.”

According to Cassiel Ato Forson, the Akufo-Addo government alone is now responsible for 60% of Ghana’s debt stock.


Ghana’s total public debt stock, which ended the first quarter of 2021 at GH¢ 304.6 billion, increased by almost GH¢30 billion in April and May.

The new debt figure brings Ghana’s debt to Gross Domestic Product (GDP) ratio to 76.6% as of the end of May.

This is the highest recorded so far in the past year, slightly higher than the debt to GDP ratio of 76.1% recorded at the end of 2020 according to data from the central bank.