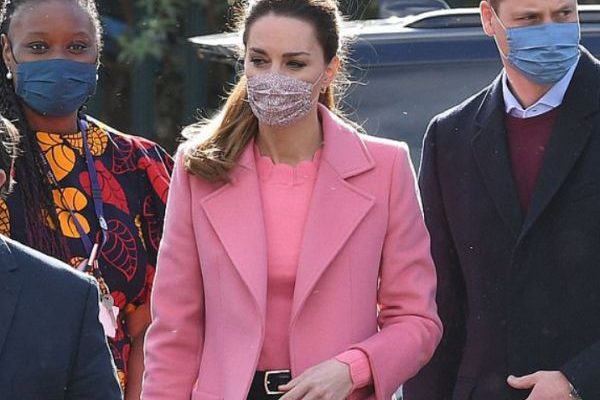 An impassioned Prince William today publicly hit back against Harry and Meghan's racism claims, insisting, 'We're very much not a racist family'.

The Duke of Cambridge is the first royal to personally respond to the allegation during his first royal engagement since the Oprah interview, as he also revealed that he has not spoken to his brother since it came out but 'will do'.

Meghan's claim that a senior royal raised concerns about Archie being 'too brown' was the most damaging allegation to come out of the broadcast, and caused untold damage to the Windsors' reputation around the world.

Today was also the first engagement for Kate since she was accused by Meghan of making her cry in the bombshell tell-all chat.

During the Oprah interview, Meghan also revealed details about their strained relationship, saying of pictures of them laughing at Wimbledon, 'Nothing is what it looks like', and said Kate being called 'waity Katie' in the press couldn't compare to the alleged racism she faced.