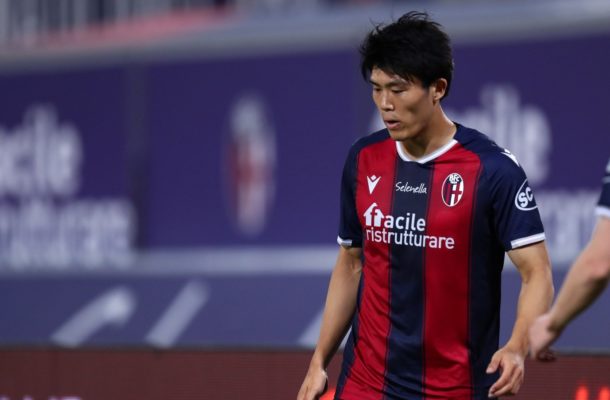 It goes without saying that Arsenal were one of the busier Premier League sides this summer, as Mikel Arteta desperately tries to put an end to the Gunners’ rather lengthy transitional period and propel the north London side back to the right end of the table after years of falling further and further adrift of their rivals.

However, despite spending almost £150 million, and bringing in the likes of Ben White and Martin Ødegaard, Arsenal don’t look any better off in the odds to win Premier League 2021/22. In fact, they headed into the international break rooted to the bottom of the table with zero points from their first three games, whilst Arteta’s side are yet to even score a goal in 270 minutes of action, in what has been their worst start to a season in their 118-year history.

Amongst Arsenal’s six summer arrivals, the signing of the little-known Takehiro Tomiyasu for around £19m from Serie A side Bologna was perhaps the most questionable, with several sources reporting that the Japanese defender was offered to almost every Premier League side as he desperately sought a move to England before putting pen-to-paper at the Emirates.

So, as a few question marks hang over the signing of the 22-year-old, and nobody really knows what to expect, read on as we attempt to clear up some of the uncertainty by telling you everything you need to know about Tomiyasu.

Tomiyasu came through the youth ranks of Avispa Fukuoka, where he earned himself a trial with Barcelona. However, due to being unable to relocate to Spain, a move to the La Liga side fell through. In 2015, he made his debut for his boyhood club and after making 45 appearances over the course of two seasons, he signed for Belgian Pro League side Sint-Truiden in January 2017. An ankle injury hampered his first season, but he made 27 league appearances in his second, earning him a move to Bologna. Tomiyasu played 60 Serie A games for Rossoblù over the course of the last two seasons, attracting interest from the likes of Barça and Tottenham, but with most clubs not willing to pay in excess of £15m for his services, he joined Arsenal on Deadline Day.

At just 22 years of age, Tomiyasu is already quite the seasoned international. He first represented Japan at under-16 level, earning 19 caps in that category, and he went on to play for the U-20s and U-23s as well, making almost 40 appearances for those age groups. With an AFC U-19 Championship winners medal for his efforts, he made his senior debut for the Japan national team in 2018, and he has since earned 23 caps, 16 of which came in 2019 as he helped his country reach the final of the AFC Asian Cup in 2019, where Japan were beaten by Qatar in the United Arab Emirates.

Tomiyasu is both versatile and physical, which will surely only help Arsenal in the Premier League betting tips. With Héctor Bellerín joining Real Betis on loan, the 22-year-old will likely become Arsenal’s new first choice right-back, a position he is perfectly adept to play. However, standing at 6”2’, Tomiyasu also has the physical presence to cover at centre-back, and he featured in the top 10 for ariels duals won (91) in the Serie A last season. Despite his height, the Japanese defender is also incredibly fast, which is always an asset in any backline.

What have the pundits said?

“I’d rather sell a couple of players, bring in a player that is ready to go – that can give you instant success and pad it out with a couple with potential.”