Who listens to our sexually abused sons? 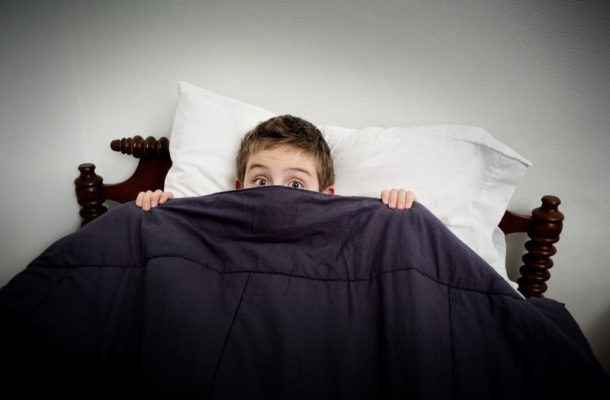 Over the years, rape victims have often been thought of as females.

Rape of boys almost seems unheard of because society assumes it is only our daughters who are vulnerable. Well, everybody is vulnerable at a point in their lives.

The multi-million dollar question is, “Where do sexually abused boys go to?” Who even has an ear to listen to them? How do our sons report irresponsible, grown adults who may want to take advantage of them? Will anyone even believe them?

Sexual abuse of boys has been a matter that has been little spoken of in our society. It will amaze one the rippling effects such abuse has on these boys. They sometimes grow up to wear the shoes of their abusers. Many sexual offenders today have been proven to have experienced some sexual abuse of a sort in times past, especially when they were vulnerable.

In our new play, THE BOY CALLED A GIRL, which shows on Saturday, 20th July, 2019 at the National Theatre, one interesting theme we touch on is sexual abuse and the effects of taking for granted a child who has been sexually abused. We open the can of consequences that befall our family system if we consistently brush away our children if they keep coming back to us with hints of one abuse or the other.

The world we live in keeps getting sophisticated by the day. Things that took ages to be done some years ago take only minutes to get done today. Back in the day, it was very difficult for young people to come across explicit content, for instance. It was very hard to have access to such materials that corrupted their minds. Today, such contents are only a click away.

Times have changed and every parent needs to adapt to the trends. The more complex the world’s problems become, the more complex solutions we ought to carve. There are many thieves prowling out there to steal the innocence of our children. They are all over the internet. They may be their respected pastors or spiritual heads. They may be people who know our children more than we even do.

The world has inched closer to our children today than it used to be. Both good and evil are closer to them today than they were yesterday. And… that is why parenthood today is a fulltime career no parent should not take for granted!

The more sophisticated our world becomes, the more vulnerable we all become to evil; especially our children. If you have a child in this era, you should be more concerned about them than if you had had them probably five decades ago.

Every child of yours stands the risk of being abused sexually by their peers or someone older than they are. The danger of raising a child in this millennium is that you may live under the same roof with a child who has been sexually abused severely yet have not the slightest idea of their predicament. Such victims may be battling with the guilt and trauma but cover such up with all the gadgets around them.

Every parent must know that the culprits of sexual abuse don’t come from Venus. They can’t identify them by their tails or horns. They are humans and most especially, very close to the victim. They may be the victim’s teacher. They can be their children’s mentor or favorite uncle or aunt. The abuser can even be the other parent!

Be vigilant. Don’t entertain anyone calling your children their husband or wife. Don’t encourage environments where profanity thrives.

It is quite unfortunate how some parents react to victims who are brave enough to spew their trauma. While some blame the victim, others further penalize the already tortured victim, claiming they are telling lies. Any parent who tries to shut up their child who has become a victim of abuse of whatever sort becomes an accomplice of that abuse!

Sexual abuse is a matter many victims shun from and in this age of modernity. The stigmatization of victims has increased the volume of this silence even further. Despite how loud social media and the internet is today, the voices of victims are barely heard. They all fear the consequence of society coming after them.

Being a parent is not same as parenthood. One is a title. The other is a responsibility. Be responsible of your title. You are a steward of your children. Be certain you are protecting this gift God has given you and raising them as best as you can. Pay attention to their emotional need and every other need of theirs. At every point in time of your life as a parent, know that you are either preventing abuse of these children or you are an accomplice of it!

The writer is a Ghanaian playwright and Chief Scribe of Scribe Communications (www.scribecommltd.com), an Accra-based writing firm. His new play, THE BOY CALLED A GIRL, shows on July 20th at National Theatre.