Why does Ebola keep coming back? 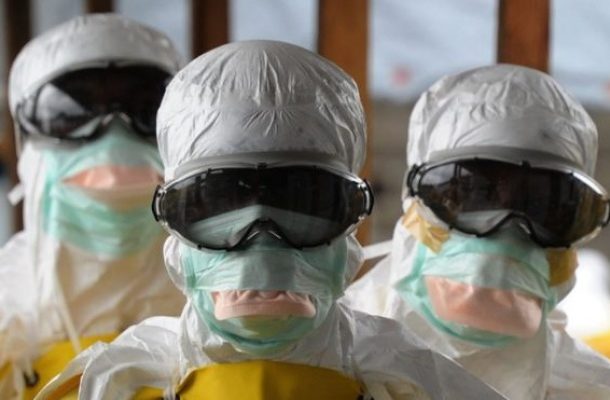 The Ebola virus has reared its head again, this time in the Democratic Republic of Congo. While it is impossible to predict exactly where and when the next outbreak will occur, we now know much more about how to prevent a crisis.The news of an Ebola outbreak in the town of Bikoro in north-west DR Congo instantly brings to mind the horror of the epidemic that took 11,000 lives and infected 28,000 people in West Africa between 2014 and 2016.It is a nightmare no-one wants to relive - or should have to.Since 4 April in DR Congo, there have been more than 30 possible cases - involving 18 deaths - although only two incidents have so far been confirmed as Ebola.So why does Ebola keep coming back and what work is being done to prevent a repeat of the tragedy in West Africa?Out of controlEbola can spread rapidly, through contact with even small amounts of bodily fluid of those infected. Its early flu-like symptoms are not always obvious.Its appearance in Bikoro - a market town close to other local towns, well connected by major rivers and near the national border - is a cause for concern.This is an area where people connect, trade and travel - an environment ripe for spreading disease.The West African epidemic of 2014-16 began in a small border village in Guinea, its first victim thought to be a two-year-old boy who died in December 2013.The disease spread quickly across Guinea and neighbouring Sierra Leone and Liberia, spiralling out of control when it reached urban centres.DR Congo is thousands of miles from the West African countries devastated by that epidemic.That it should reappear so far away is not in itself a surprise.The Ebola virus has been traced back to two simultaneous outbreaks in 1976 - 151 people died in the Nzara area, South Sudan, and 280 in the Yambuku area, near the Ebola river, from which the disease takes its name.This latest outbreak is the ninth in DR Congo, which has seen all three Ebola outbreaks to have occurred since the 2014-16 epidemic.In total, there have been 24 recorded outbreaks - in addition to the 2014-16 epidemic - in west and central Africa, including in DR Congo, Uganda, Sudan and Gabon. The number of deaths has ranged from one to 280.While we can identify high-risk areas, it is unrealistic to expect that we could ever eradicate this disease and impossible to know when or where the next outbreak will occur.Fruit bats are thought to be the main host of the disease, but it is also introduced into the human population through close contact with the blood, organs or other bodily fluids of other infected animals. These can include chimpanzees, gorillas, monkeys, antelope and porcupines.Looking for 'patient zero'We can, however, stop outbreaks becoming epidemics and we can better protect people.A swift and well-co-ordinated response can ensure disease is contained early on, so as few people as possible become ill and die.For example, an outbreak in DRC almost a year ago was quickly contained.It was in a very remote area in the country's northern region, further from borders and so perhaps less of a risk than the current outbreak.But an immediate response was still critical and meant the impact was limited to four deaths and four survivors.First-response teams of health workers and scientists from DR Congo, World Health Organization and aid agencies are now in the area of the latest outbreak.Establishing the strain of the virus and tracking all possible transmissions will be their priority.They will be working to identify "patient zero" as fast as possible.They will want to know all the people they've been in contact with and, in turn, all the people they have been in contact with.This needs to be done as fast as possible.Suspected patients and the people they have been in contact with will be cared for in local health facilities.Scrupulous hygiene procedures will be paramount - including the use of face-shields, gowns and gloves to block splashes of bodily fluid or other contact with infected materials.Communication to all at risk is vital, and the response teams will be expert in ensuring all those living locally have the best information.Blood samples from patients in the current outbreak have been sent to the national lab in Kinshasa for testing.Vaccine stockpiledThere are five identified strains of the Ebola virus, the deadliest to date being the Zaire strain.This is the strain involved in the latest outbreak, for which there is now a vaccine ready for emergency use.In December 2016, trials of this vaccine - with funding from the Wellcome Trust and the UK and Norwegian governments - confirmed it provides a high level of protection.It was developed rapidly during the 2014-16 epidemic but came too late to have a significant impact at the time.It is not yet fully licensed, but thanks to global efforts it has been proved safe for human use and 300,000 doses are stockpiled.Crucially, it would be free for patients and could be in the area within three to four days.WHO guidelines recommend that should there be an Ebola outbreak before licensing has been granted, the vaccine should be given to all suspected patients, contacts and health workers at risk. The decision on giving this vaccine is one for the DR Congo Ministry of Health to make.The DR Congo response to recent outbreaks has proved the country's government is well-prepared.But no country could or should be expected to manage this alone.Global support and an early, well co-ordinated response is essential to ensuring outbreaks are effectively contained.This outbreak will be a challenge for local teams on the ground.But it is also a challenge and an opportunity for the global community to prove it has learned lessons from the West African epidemic.We cannot hope that Ebola will simply disappear but we can hope to make tackling it so routine that it can be quickly stopped in its tracks.Source: BBC