Why Is Football So Popular in Ghana? 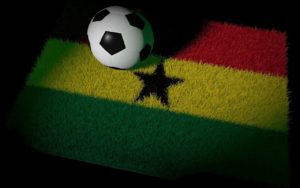 There is no question that association football is the most popular sporting activity in Ghana. Since the first football club was formed in the country in 1903 – and beforehand as European merchants brought the game and taught it to Ghanaians – football has captured the heart of the country. But what makes football so popular in Ghana?

Ghanaians don’t just enjoy the Ghana Premier League but avidly follow the English Premier League too. Ghana does well in the World Cup and many players from the country have been selected to play for teams overseas. So, not only do Ghanaians enjoy watching the sport unfold, but they enjoy the success that can be felt from the nation’s players.

The wider community around football is also testament to how popular it is. Games can be watched together, with camaraderie developed as people support the same teams. Then, games can be played together for group exercise and further socialization. Many people might not be as bothered about the outcome of the game as they are about the social event that takes place around it.

A study identified that Ghanaians enjoyed the English Premier League due to the connection to Ghana – and the wider continent of Africa. Longtime fans cited former players, including those from some time ago, as a reason they enjoyed watching and supporting English teams. Many Black Stars have been signed and played for UK teams, including Andre Ayew’s tenure at Swansea. Streaming services for English matches are popular in Ghana and there are even specific subscriptions just for these matches.

One of the most appealing aspects of football is the excitement that comes with it. This can be further developed through the level of engagement that spectators can create. Usually, by picking a team to support, the game becomes more tense and exciting by several notches. This can also be achieved through the many ways in which spectators can also get involved with the game.

As the range of options for football betting show, there are football matches on constantly that spectators can wager on. By selecting a possible outcome, every kick, every miss, and every goal has a higher stake. Adding these stakes increases the tension felt when watching, which in turn increases the excitement. The ease at which this excitement can be generated for football shows just why it is so popular.

As previous reports stated, Ghanaian players are often spotted by major footballing teams around the world. For instance, a Ghanaian football prodigy was touted as being a pick for the UK’s Liverpool team. Many players from Ghana have gone on to be notable names in the sport, such as Michael Essien, who came second in rankings for the African Player of the Year Award in 2007.

Essien’s tenure at Chelsea also helped him shine on the world stage for football. The connection between players from Ghana and the rest of the world helps make the sport so appealing – players could be spotted in Ghana and go on to play on larger platforms around the world.

Football is one of the most popular games in the world and it’s most likely due to the accessibility that the game brings with it. It takes skill to be a football player and that is something that can be developed. So, when everyday Ghanaians watch football matches, there is something aspirational about it. The connectivity with the rest of the world helps make people feel connected and the excitement that comes from watching and playing is hard to beat.