Why we went to Wenchi court with our own copier, generator - NDC 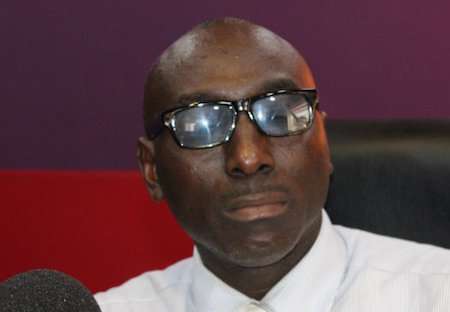 Abraham Amaliba, a member of the NDC legal team

Lawyer Abraham Amaliba of the opposition National Democratic Congress (NDC) has revealed how and why the party prepared logistically in advance before going to Wenchi to inspect Electoral Commission documents for the Techiman South Constituency Parliamentary results.

According to him, the party got wind of possible sabotage with respect to power outages in a bid to disrupt the exercise that had been ordered by a Wenchi High Court that is hearing a petition on the outcome of the Parliamentary vote in the constituency.

Amaliba, who is director of legal affairs at the NDC headquarters told Joy News in an interview monitored by GhanaWeb that the party arrived at the court premises with their own photocopier and generator.

“The photocopying was done on our pickup, with our colour photocopier together with our generator. So I suspect that the reason why they were delayed and not going into the registrar’s office was they were communicating with the electricity people so that they could put off the lights at a certain point,” he alleged.

He explained further that “the courts gave us up to 4:30 pm and so at 4, they would have said that you are not able due to light out faults, but we had also outsmarted them”.

The party’s Parliamentary candidate, Christopher Beyere Baasongti, is challenging the Parliamentary vote in the 2020 election at the Wenchi High Court.

The court had earlier ordered that the EC provide the NDC with original copies of documents used to declare the results.

Speaking after the inspection, party General Secretary, Johnson Asiedu Nketia, observed that the EC's summary sheets had been tampered with and that the party's lawyers will interrogate the issue in court.

He said, "the issues we have with the documents have been raised... It is just a simple process of EC producing originals of some documents for our inspection, so we have inspected and made photocopies."

“The name on that sheet was a different constituency and then cancel it and rather, wrote Techiman South on it. So that one, we think that we will have to deal with it during cross-examination," Amaliba also reiterated the General Secretary's disclosure.

The respondents in the case are the EC and the sitting Member of Parliament, Martin Adjei-Mensah Korsah of the ruling New Patriotic Party (NPP), whose election the NDC candidate is contesting.