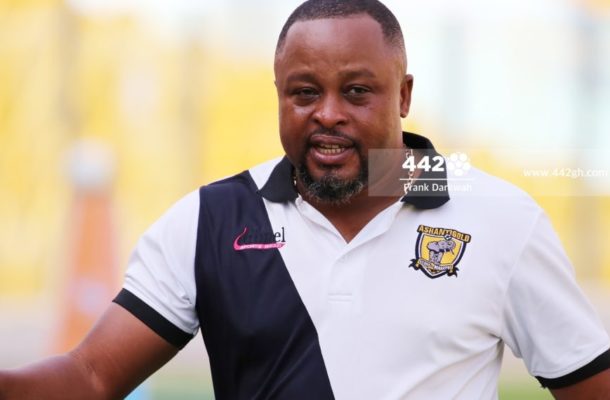 AshantiGold SC defeated Hearts of Oak 2-0 on Sunday at the Obuasi Len Clay Stadium in their match day four clash.

Second half goals from speedster Yaw Annor and a stoppage time goal from Abdul Salam condemned Hearts of Oak to their first defeat of the four week old league.

According to interim coach of the miners, Thomas Duah the win against Hearts was a revenge for last season's MTN FA Cup final loss to Hearts of Oak.

The phobians defeated the miners 8-7 on penalties in the finals of the MTN FA Cup and the coach says their win on Sunday was to avenge that defeat.

Thomas Duah has been made the interim coach after the miners sacked Enerst Thompson Quartey last week .

"We were able to win because my players listened to the instructions I gave them before the game."

"Yes I can say its a revenge against them following the FA Cup final we played last season. As you can see, we played very well on the day but lost so we were very determined this time."

"I can't say we are on track for now though we won but I believe we are going to pick up going forward."

AshGold will next play against RTU in Tamale in match day five.