It’s only wise to listen to Bawumia – Bentil 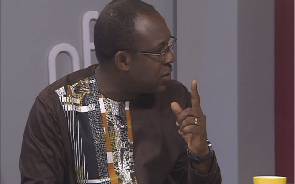 Given that the analyses of New Patriotic Party (NPP) vice-presidential nominee, Dr Mahamudu Bawumia, have turned out to be more accurate than those of government, it is only wise that the former Deputy Governor of the Bank of Ghana is listened to when he speaks on the economy, Mr Kofi Bentil, vice president of IMANI Ghana and private legal practitioner, has said.

Dr Bawumia, a former Deputy Governor of the Bank of Ghana, delivering a lecture on the theme: ‘The State of the Ghanaian Economy – A Foundation of Concrete or Straw’ at the National Theatre, said among other things: “By the end of 2008, following the adoption and implementation of the HIPC initiative, the government’s policy framework of fiscal discipline, the country’s debt-to-GDP ratio had declined from 189% in 2000 to 32% of GDP by 2008.

Indeed from independence in 1957 to 2008, Ghana’s total debt was 9.5 billion cedis. However, in the last seven years alone, under this NDC government, Ghana’s total debt has ballooned from GHS99.5 billion to GHS100billion in 2015, and GHS105 billion by May 2016. In fact, 66 per cent of Ghana’s debt from independence has been accumulated under the presidency of John Mahama in just the last three and half years.”

But government spokespersons including the Minister of Finance, Seth Terkper, have discredited his analyses, indicating that he used economic information selectively, hence painting a different picture of the economy.

Mr Terkper said: “If indeed the NDC borrowed $39.9 billion, then we are at 70 per cent. Even if I grant you 70 per cent of GDP which is below 40, then Ghana’s debt will be 28 billion dollars. Either you have a record performer of the NDC with paying debts in real terms from Dr Bawumia’s 47 billion to 28 billion; that will be a record, or as I said, Dr Bawumia is using information selectively. When it suits him, he holds the cedi to the dollar constant. When he goes on attack against the NDC, he relaxes that principle.”

“So, in anyway, you cannot say that NPP’s growth [of the economy] was far better than NDC’s. Eight years of NPP cannot be compared to seven years under the NDC.”

But in a Facebook post at around 4:25PM on Friday September 9, Mr Bentil said even if Dr Bawumia did not get everything right during his lecture, most of the issues he touched on should be heeded because of his track record of predicting accurately. “The most important fact about Dr Bawumia is this: ... In the past his analysis has been more accurate than that of government, his economic predictions have come true, so it is only wise to heed what he says, even if he doesn't get everything right...after all who gets everything right?!! .”