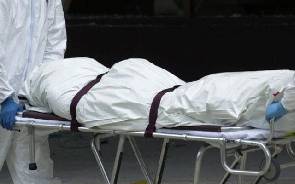 A woman believed to be in her late 30s is reported to have committed suicide by drinking poisonous substance at Asuofia in the Ashanti region.

It is unclear what might have caused her to take her own life.

In an interview with Ultimatefmonline.com, Lance Corporal Prince Owusu of Asuafua police station explained that they got a hint that the deceased has taken her life.

‘Upon reaching the scene, we realised that a woman was dead with an unapproved medicine lying on top of her. We cannot confirm if she died through the medicine or not, the indigenes say she does notlook familiar,’ he said.

The body has been deposited at the Komfo Anokye Teaching Hospital (KATH) for autopsy.