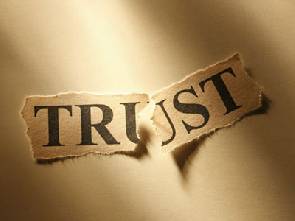 Information reaching DAILY GUIDE as at press time yesterday indicated that a 32-year-old wife of Douglas Obeng – a 33-year-old banker in Koforidua, the Eastern Regional capital – has allegedly caused the death of her mother-in-law after she (banker) purportedly had an affair with her father-in-law.

Narrating what led to the death, Douglas said he got married to his now ex-wife eight years ago after they had been courting each other for a long time.

He confessed that he was blinded by her charming beauty. “During the years of our courtship, we did everything together as if we were married. Friends and family were even jealous of us. Not knowing, I was dating a wolf in sheep’s fleece,” he claimed.

According to him, three years after marriage, his wife’s attitude towards him changed, adding that she wasn’t spending enough time with him as she used to do but she attributed it to the fact that her job at an insurance company was occupying almost all her time.

“During the Christmas break, we decided to spend the holidays at my dad’s place in Accra to keep her company as my mum was overseas,” he said.

Douglas noted that after four days with his (Douglas’) father, he grew very fond of his wife; on the fifth day they went to town to do some shopping. While on his way home, his mother arrived unannounced to a seemingly empty house, and went straight into the bedroom which his mother shared with his father, only to find him (husband) in bed with his (Douglas’) wife, having sex with her.

DAILY GUIDE learnt that Douglas’ mother then collapsed on sighting the two in bed and was pronounced dead on arrival at the Koforidua Regional Hospital.

His dad, unable to bear the stigma, also reportedly had a heart attack and died instantly.

Douglas posited that after the tragedy he confronted his wife and she only said it was the work of the devil.