World can bring pandemic under control within months - WHO 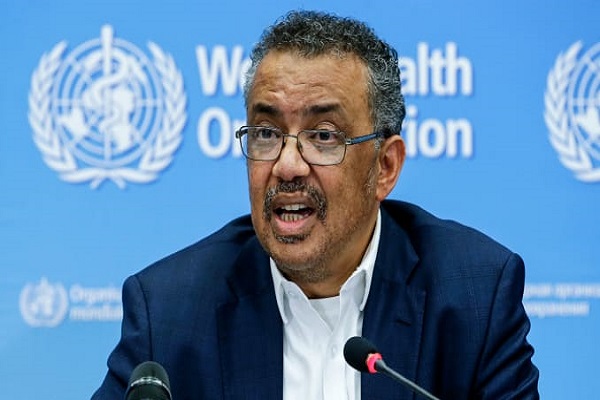 Director-General of WHO, Tedros Adhanom Ghebreyesus

The world can bring the global COVID-19 pandemic under control in the coming months provided it distributes the necessary resources fairly, the head of the World Health Organisation (WHO) told a news briefing on Monday.

Global climate change activist Greta Thunberg, joining the briefing as a virtual guest from Sweden, took a swipe at “vaccine nationalism” and said it was unethical that rich countries were prioritising their younger citizens for vaccination ahead of vulnerable groups in developing countries.

“We have the tools to bring this pandemic under control in a matter of months, if we apply them consistently and equitably,” said the head of WHO, Tedros Adhanom Ghebreyesus.

However, he also expressed concern over the “alarming rate” at which COVID-19 is spreading in those aged 25-59 worldwide, possibly due to much more contagious variants.

Thunberg said that whereas one in four people in high-income countries had now been vaccinated against COVID-19, only one in more than 500 people in poorer countries had received a shot.

“Vaccine nationalism is what is running the vaccine distribution,” she said.

“The only morally right thing to do is to prioritise the people who are most vulnerable, whether they live in a high income or a low income country.”


Thunberg also drew a direct link between the pandemic and the environmental destruction that she said made it much easier for dangerous viruses to leap from animal populations to humans.

“Science shows we will experience more frequent, devastating pandemics unless we drastically change our ways and the ways we treat nature … We are creating ideal conditions for diseases to spill over from one animal to another and to us,” she said.

Thunberg urged young people everywhere to get vaccinated if given an opportunity, even though they are the age group least at risk from COVID-19, out of “solidarity with people in the (high) risk groups”.

Maria van Kerkhove, a leading WHO epidemiologist, told the same briefing that the latest surge in COVID-19 infections worldwide included increases among age groups previously less affected by the pandemic.

“We are seeing increased rates of transmission across all age groups,” she said, adding that some 5.2 million cases were reported last week, the highest weekly increase since the start of the pandemic.

“We are seeing a slight age shift in some countries, driven by social mixing,” she added.