World Cup Could Expand After FIFA Vote in January 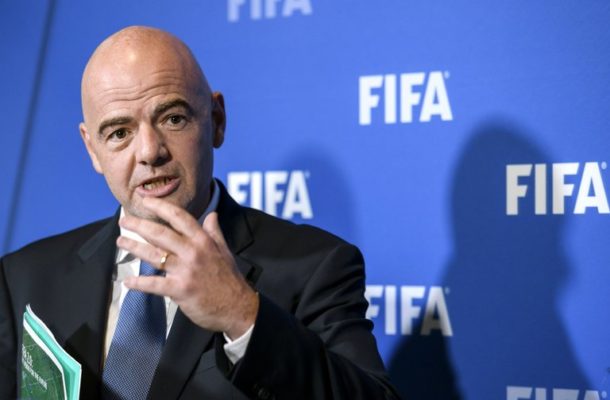 FIFA, world soccer’s governing body, is expected to decide in January whether to expand the World Cup finals from a 32-team tournament to include as many as 48 countries, the organization’s president, Gianni Infantino, said Thursday.

Infantino, elected to the post in February to replace Sepp Blatter, said the governing FIFA Council had been “rather positive” in a meeting Thursday about a possible expansion. “The level of quality of football is increasing all over the world,” he said. A vote will be taken when the council meets again in Zurich in January, he said.

The new format would almost certainly extend the monthlong tournament to five weeks or more, and would most likely be introduced for the 2026 tournament, which the United States, Canada and Mexico have all expressed an interest in hosting.

Infantino pledged during his campaign for the presidency to expand the World Cup to 40 nations, but he proposed in a speech in Colombia this month that the number rise to 48. In a tournament that size, a preliminary playoff round would be created and would include 16 elimination games. The winners of those games would join 16 seeded teams in a 32-team competition like the one that exists now. Infantino is thought to favor spreading the added spaces around FIFA’s confederations, rather than simply adding more places for established soccer centers like Europe.

Get the big sports news, highlights and analysis from Times journalists, with distinctive takes on games and some behind-the-scenes surprises, delivered to your inbox every week.

He also said 32- and 40-team tournaments would remain “on the table” when the council considered the matter in January, though the idea of expanding the World Cup at all has been criticized within the game. Hans-Joachim Watzke, the chief executive of Borussia Dortmund, has called the plan to have 48 teams at the finals “complete insanity.”

Infantino’s desire to “optimize” the structure of the World Cup was part of his vision for a so-called FIFA 2.0 plan that was unveiled Thursday by the organization, which has spent much of the last six years mired in scandal.

As well as promising $4 billion of investment in the sport itself, Infantino used the last of the council’s four meetings this year to announce a comprehensive review of FIFA’s internal structures. Infantino said he believed that reforms could help “build an organization that is truly football-centric, that is focused on the future.”

Changes could include abolishing the local organizing committee for every World Cup from 2026 onward, with the tournament instead run centrally by FIFA in Zurich. FIFA also said it would introduce a “transparent” and “in-house” ticketing system after the 2018 World Cup in Russia. The organization is also considering a new structure “as of the 2018 World Cup” that would hand control of “all money flows” back to FIFA itself.

Infantino has insisted that the future bidding processes for tournaments will be made significantly more transparent, vowing that the FIFA administration — the president and the team of executives he has chosen to work with him — would be empowered to exclude any bidders who did not meet the technical criteria. Qatar’s bid for 2022, for example, was successful even though the technical report flagged concerns about the heat in the Persian Gulf during the summer. The tournament has since been moved to the winter.