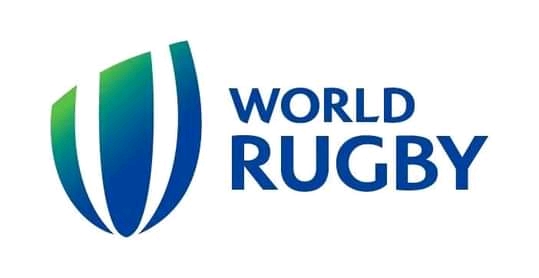 The campaign aims to showcase the vibrancy, excitement and breadth of personalities involved across rugby sevens

World Rugby (www.World.Rugby) has launched a major new rugby sevens campaign – “This Is How We Sevens” – as excitement builds towards the Olympic Games in Tokyo, which kicks off in under 50 days.

The campaign aims to showcase the vibrancy, excitement and breadth of personalities involved across rugby sevens, supporting World Rugby’s core objective of maximising the Olympic exposure to attract and engage fans from across the globe with the sport.

A bold and dynamic look and feel, brought to life in the campaign launch video, combined with a suite of new content strands will help bring rugby sevens to fans both existing and new across a seven-week period.

In-depth storytelling will be at the forefront of the approach with a sevens-specific “Open Side” interview series, featuring the likes of rugby sevens superstars Carlin Isles, Dan Norton and Celia Quansah.

The ever-popular Ultimate Rugby Challenge Series will also take on a sevens flavour with a number of skills-based challenges pushing teams right to their limits. Newer fans to the sport will be able to learn the ins and outs of sevens with our “Freshman Fan” series on World Rugby’s Tik Tok channel.

Despite the disruptions brought about by COVID-19, fans will still get a sneak peek into the hard work going on behind the scenes with some of the top teams, with footage from USA Women’s training camp in California and an all-access pass to Argentina men’s preparations in Buenos Aires.

Meanwhile on the pitch, the final two women’s and one men’s teams qualification spots for Tokyo will be determined at the World Rugby Sevens Repechage in Monaco from 18-20 June. Fans can watch the action live on World Rugby’s website, You Tube and Facebook platforms.

To ensure the teams are as best prepared as possible for the Olympic Games, and thanks to support received from the International Olympic Committee, World Rugby is investing US$4 million into Olympic qualified unions’ sevens programmes and towards the costs of hosting a number of high-performance preparation events around the globe.

Australia and Fiji are reigning women’s and men’s Olympic champions respectively following their victories in Rio, and the competition for medals has never been closer with the HSBC World Rugby Sevens Series showcasing in recent years that a wide number of teams are capable of reaching the medal podium, including the hosts Japan whose men’s team finished fourth at the Rio 2016 Games and were champions of the inaugural HSBC World Rugby Sevens Challenger Series in 2020 before the onset of the pandemic.

The inclusion of rugby sevens for the first time at the Olympic Games Rio 2016 had a profound effect on the sport, attracting an estimated 30 million new fans globally and rugby sevens is expected to be one of the most highly anticipated events of the Tokyo Games, following the outstanding success of Rugby World Cup 2019 in Japan, which captured the nation’s imagination with record-breaking broadcast audiences and huge numbers of new rugby fans across Japan and Asia.

The men’s competition will take place from 26-28 July, with the women’s tournament following on the 29-31 July with the gold medal match happening on ‘Super Saturday’. All the action will take place at Tokyo Stadium, which was the venue for the opening match of Rugby World Cup 2019.