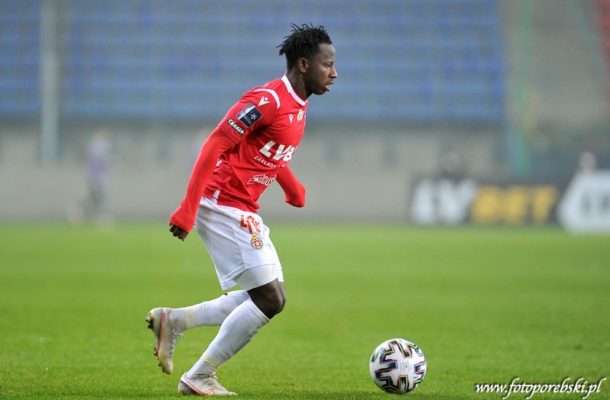 Ghanaian forward Yaw Yeboah has been adjudged the Player of the Month for August in the Polish Estraklasa League after his stellar display for his side Wisla Krakow.

He has been in fine form for his side scoring a Puskas award contender in the win against Gornik after a solo effort.

Yaw Yeboah has now scored three goals in the Polish Ekstraklasa for his side Wisla Krakow while providing an assist in six matches for his side.

His performance earned him a late call up to the Black Stars for the two matches in the 2022 World Cup qualifier against South Africa and Ethiopia.

Yaw Yeboah played in all two matches during the 2022 World Cup qualifiers as Ghana beat Ethiopia 1-0 and lost 1-0 to South Africa. 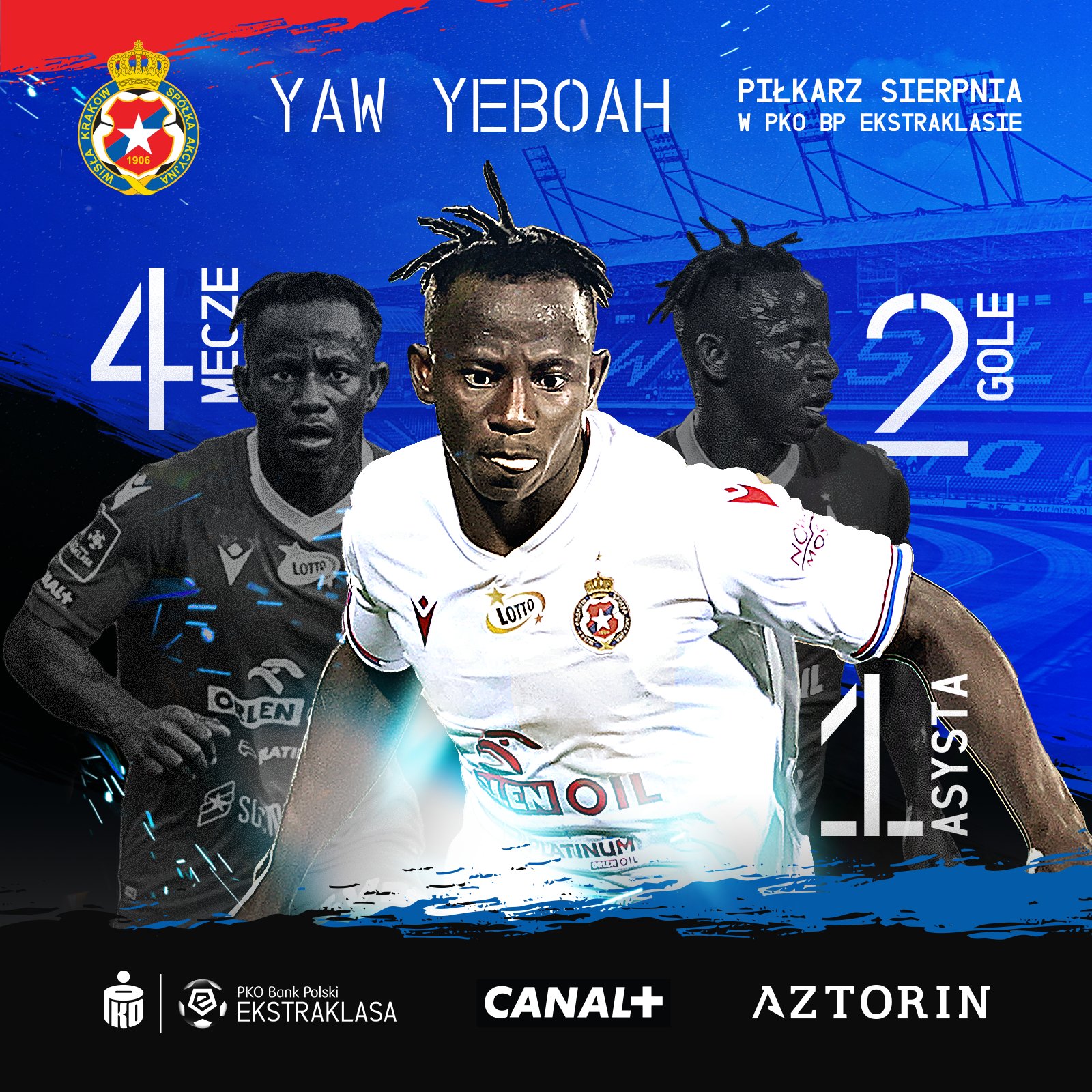