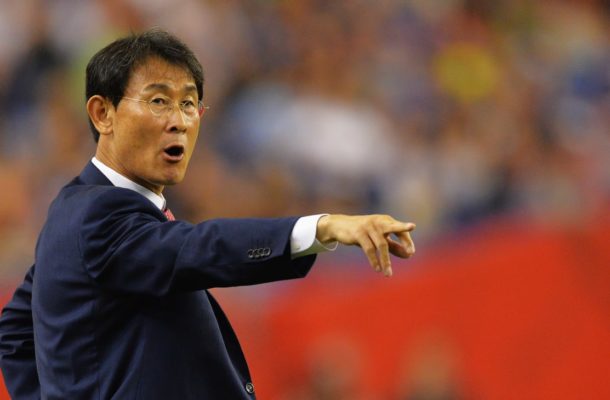 
The tactician named a 26-strong squad for the Cup of Nations, which kicks off in Australia on Thursday, and expects to select his France 2019 roster from this group of players.

Yoon, however, has not ruled out including players not in the squad who impress for the FIFA Women's World Cup challenge where Korea Republic are in Group A with hosts France, Norway and Nigeria.

The Taeguk Ladies will face France in the tournament opener on June 7 with the final scheduled for July 7.

Korea Repubic's immediate task though is the Cup of Nations in Australia and the selected players will be striving to confirm their places in the FIFA Women's World Cup squad which is expected to be named in May.

"The players have to fight till the end to earn their spots in the final squad. I believe competition for places will make the squad better," said Yoon to the media.

Korea Republic will open their Cup of Nations campaign against Argentina on Thursday. They then play Australia on March 3 and New Zealand three days later.

A post shared by thekfa (@thekfa) on Feb 24, 2019 at 12:49am PST All three will also be in France for the FIFA Women's World Cup and Yoon said the matches will help improve Korea Republic's competitiveness.

"We are to face big teams, like France and Norway, at the World Cup, and I think Australia and New Zealand are good sparring partners to prepare for them," he said. "It's important how we play against them, and hopefully we find problems and fix them before the World Cup."

Yoon added that he will give players every opportunity to make the squad but wasn't expecting changes to the 26 called up for the Cup of Nations, with the likes of established stars Ji So-yun, Cho So-hyun (pictured above) and Lee Min-a (pictured below) set to lead the team.

"Of course, I will check league matches, and players who are recovering from injuries. I hope we can have players who earn surprise call-ups but I think that the selection (for the final squad) is likely to be made from the current pool of players."

Korea Republic qualified for their third FIFA Women's World Cup after a fifth-placed finish in the 2018 AFC Women's Asian Cup.

The Taeguk Ladies advanced to the Round of 16 in 2015 before being shown the exit by, ironically, France who won 3-0.

After opening against France, Korea Republic will play Nigeria on June 12 and Norway five days later.