You are making old age a curse – Sam Okudzeto told 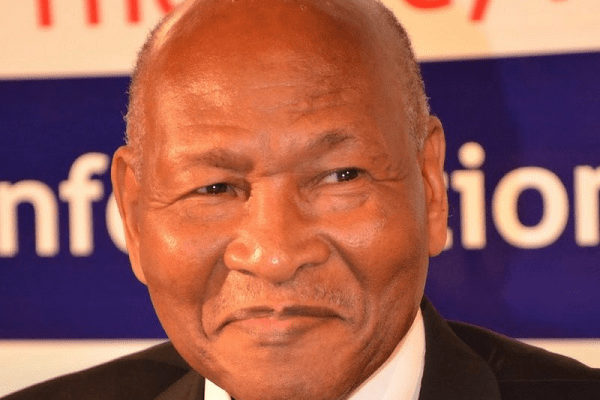 Dzifa Gunu, a member of the Communications team of the National Democratic has taken a swipe at Council of State member Samuel Okudzeto over his criticism of the media in relation to the cost of President Nana Addo Dankwa Akufo-Addo’s trips abroad.

In a Joy News interview, Sam Okudzeto queried the media’s seeming fixation on the cost of the trips.

He insisted that rather than focusing on the cost, the media and critics of the president should rather highlight the benefits the country is deriving from the trips.

“When he was going to Germany, there was hue and cry. 'Why is he travelling? He takes these expansive planes? It cost so much per day.’ People do not understand what diplomacy is all about. Diplomacy is an expensive process, but there are always benefits.

“The president cannot sit down there in the Jubilee House and think all these [benefits] will just be coming to us. I don’t think it (attacks) is productive and helps the country,” the member of the Council of State said.

Reacting to these remarks from the statesman, Dzifa Gunu expressed disappointment that a person of Sam Okudzeto’s caliber will be making such a statement.

He charged persons with close relations to Sam Okudzeto to remind him about the need to make statements that in his view are expected of him.

“At a point where almost everyone is worried about the growing youth unemployment, Sam Okudzeto should have been advising Akufo-Addo on how he can use the Ghc 10, 000,000 (ten million Cedis) spent on luxury jets so far to create jobs.

“For Sam Akufo-Addo to insult the media and Ghanaians for crying out only gives some credence to the old saying that every old woman or man is a witch or wizard who sits on the progress of the youth. Someone should tell him to check into an aged home and stop wasting Ghana's money,’ he said.
Source: Ghanaweb