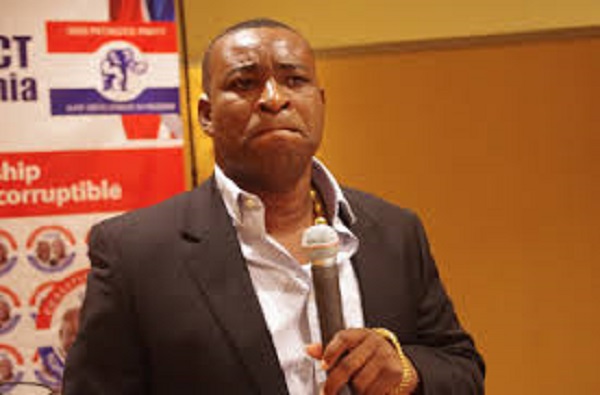 Senior Lecturer with the Garden City University College, Mr. Aaron Kumah has taken on some government officials and the Ashanti Regional Chairman of the ruling New Patriotic Party (NPP), Mr. Bernard Antwi Boasiako for their alleged roles in illegal mining or otherwise known as galamsey in the country.

“Why do you have to destroy the environment and make money for yourself because you are party chairman? I know people who have made money through dubious means but have died. It’s very pathetic government officials and party Chairman are all doing galamsey”, the Lecturer bemoaned.

Mr. Aaron Kumah, therefore, told the host that, Metropolitan Municipal and District Chief Executives (MMDCEs) must be held responsible for any illegal mining activities that will take place in their respective areas.

“One of the solutions could be that, the President should fire any DCE or MCE who will engage himself or herself into galamsey. That will deter others from it”, the Garden City University College Lecturer admonished.

This comes after the Ashanti Regional Chairman of NPP, Bernard Antwi Boasiako popularly known as Chairman Wontumi is heard on tape allegedly telling some Party executives in a clandestine meeting that he has full backings of the government do illegal mining despite the presidential ban.