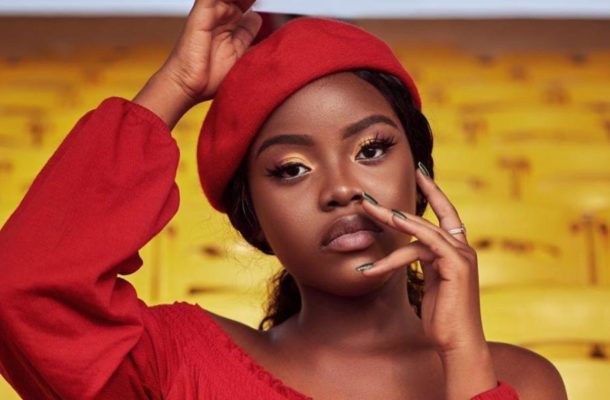 “Forever” hitmaker and award-winning music Diva, Jacqueline Acheampong known in showbiz as Gyakie has advised the youth in Ghana following the ritual murder incidence that happened in Kasoa recently which involves some teenagers.

“One thing I want to say is that life is not so easy like that. You can’t just sit down and expect money to flow on you or in your life,” she advised

Gyakie added “So what I would say is that hard work is key, prayers are also a part of it. Besides if you are jealous about what belong to others, that’s what makes you search for money.”

Talking in an interview with Amansan Krakye on Cape Coast-based Kastle FM monitored by MyNewsGh.com, Gyakie advised the youth to be cautious and vigilant about the kind of friends they move around with and also reminded them that life is about timing.

“Your friend might have built a house and you don’t have a house it doesn’t mean your life has come to an end. Maybe the following years to come might be your turn,” she continued.

“I didn’t know two years ago that this is what is going to happen to me this year so what I would say is that we all should be vigilant,” she said on the Kastle Entertainment Show.

She ended “We should know the kind of friends that we have around and make sure that every decision that we take in life we would remember where we come from because it’s very important.”