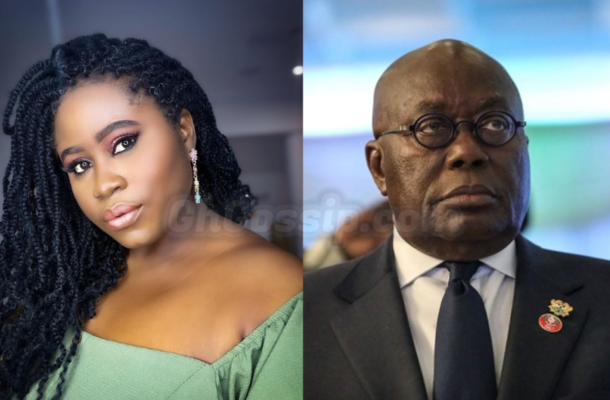 She says that she is surprised that someone who led a demonstration dubbed 'Kume Preko' in 1995 against the then introduction of Valued Added Tax  (VAT) has now introduced E-Levy in the midst of all the prevailing harsh economic conditions.

"It’s still hard to believe that our president led the Kume Preko against VAT( value added tax) because of the high cost of living then. Over 25 years later, he’s justifying #elevy at a time when people are barely making ends meet. What changed? Power?"

The protest took place in opposition to the Value Added Tax (VAT) initiative which was introduced under the Jerry John Rawlings administration.

It is said to have been one of the biggest protests ever organised in the country, with an estimated 100,000 people participating.

The demonstration was initially billed as a peaceful protest but quickly became violent when unidentified assailants shot live bullets into the crowd resulting in the deaths of a few protestors.

In the aftermath of the demonstration, some of the leading protestors - Nana Akufo-Addo, Charles Wereko-Brobbey, Kwesi Pratt Jnr, Akoto Ampaw, and Napoleon Abdulai wrote a book "Ghana: The Kume Preko demonstrations: Poverty, Corruption and the Rawlings Dictatorship".