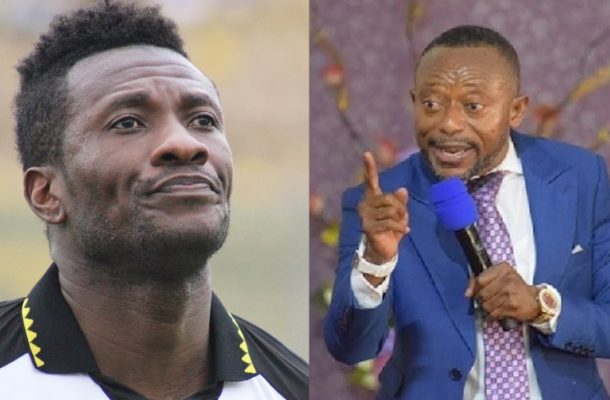 In a recent video released by the former Al Ain striker, he is seen cautioning Christians to wise up instead of giving monies to pastors to enrich themselves and living in luxury at the expense of their church members who are living in penury.

"I’m not saying don’t go to church but be wise. Don’t go and give your money to a pastor who will use it to go and buy a car,’ he said in the viral video.

According to Asamoah Gyan Christian should wise up as God does not have a bank account and should be cunny when these pastors tell them to sow seed or give monies to God.

Instead, Gyan admonished Christians to have a clean heart, do good and give their monies to the poor and the needy.

Speaking in a video, the renowned prophet has hit hard at Asamoah Gyan saying pastors do not hang ropes around the necks of their members before they give them monies.

"I do not envy you because you are reaping from the job that you do but let me tell you that out of the spectators who come to the stadium and with their gate fees they pay that you are paid." Said Rev Owusu Bempah.

"Why don't you say that the poor among the spectators should not pay at the gate fees since there are poor people among spectators?" He questioned.

"So if I preach should I come to your house Asamoah Gyan for money after service" He fired.

He added, "There are a lot of people who depend on us for their survival, we pay school fees among a lot of things"