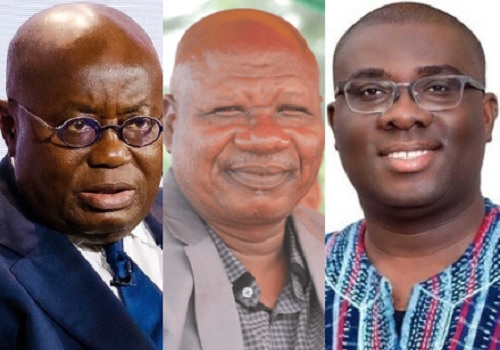 Former Central Regional Chairman of the National Democratic Congress (NDC), Bernard Allotey Jacobs, is advocating for President Akufo-Addo to include Sammi Awuku in his list of Cabinet Ministers.

In a Facebook post, Allotey Jacobs who sidelined his party, the NDC, and openly campaigned for President Akufo-Addo in the last year's general elections, boldly pointed out that the latter will need the now NPP National Organizer "to be a bridge between the party and government."

According to Allotey Jacobs, his advocacy is "genuine" devoid of no special interest.

"Genuine Advocacy Mr President you will need Sammi Awuku in your Cabinet to bridge between the Party and Government". He wrote. 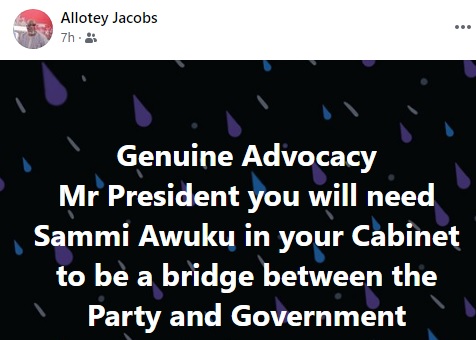 Currently, the President has dissolved his Cabinet and appointed caretaker ministers who aiding him in running the country's affairs.

He relieved all his ministerial appointees on January 8, 2021, pending appointment of new ones.

The action is in line with the Presidential Transition Act, Act 845 of 2012.