You proposed to me -Akuapem Poloo to rapper AMG Armani 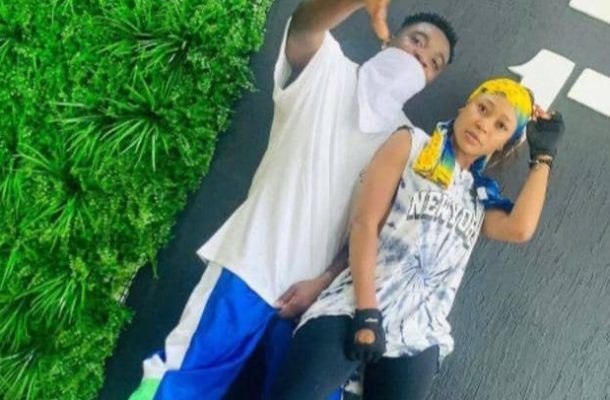 Controversial socialite Akuapem Poloo is insisting rapper AMG Armani proposed love to her despite his denial.

Armani said he only took pictures and videos with her at the gym only for to go to town with claims that they were dating.

Early Monday, Armani took to Instagram to register his displeasure with Poloo for sharing pictures and videos they both took at the gym saying that they were dating.

According to him, he has a girlfriend and wondered why Poloo will go online and say they were dating when she knows that wasn’t the truth.

He therefore asked her to pull down the pictures and videos on her page.

But responding to Armani, Poloo described his request as childish.

She said she won’t pull down the pictures and video insisting that the rapper proposed to her.

“What is this? This is childish. Armani did I force you to take the pictures with me. Yes it is true I met you at the gym, but what do you mean I should take down the pictures. Didn’t you see me kissing you on your chics. Didn’t you enjoy it? Did you hear what you said at the end? That no one will believe it even if they should tell them that we are dating ? Master stop that childish thing. I know someone has asked you to stop doing that with me,” she said.

“I am not taking the pictures down because you know what I am talking about. You proposed to me,” she insisted.