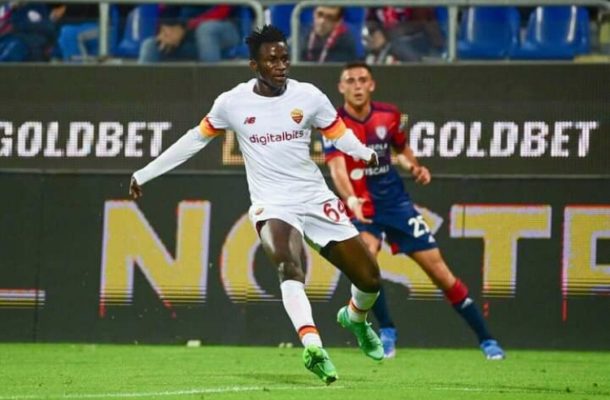 Talented Ghanaian striker Felix Afena-Gyan made his senior debut for AS Roma on Wednesday in their come from behind win over Cagliari.

The away side opened the scores in a game which they nearly caused an upset with a 52nd minute goal from Leonardo Pavoletti before club captain Pellegrini  inspired a famous comeback as he set up the equalizer for Ibanez before curling home a sumptuous free kick to win the game for the away side.